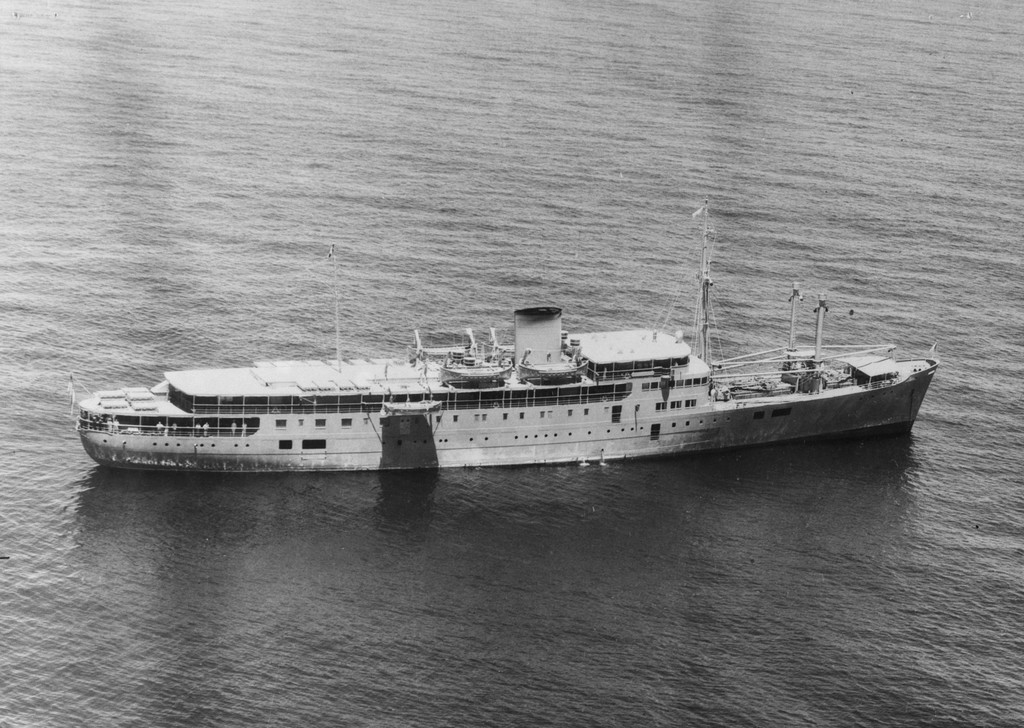 Don Isidro off the Australian coast after the invasion of the Philippines, December 1941. (ID No. 303204, Australian War Memorial).

Cause of loss: Bombing

Don Isidro was a medium-sized ship of 3,200 tons, built in 1939 at Kiel, Germany for the De La Rama Steamship Company, which ran an inter-island passenger service throughout the Philippines and parts of Southeast Asia.

After the Japanese invaded the Philippines on the 8 December 1941 the Don Isidro fled south, arriving in Fremantle, Western Australia on the 23 December 1941. She was quickly charted by the United States Army as a ‘blockade-runner’ to carry food and supplies to General Douglas MacArthur’s men who had retreated to the island fortress of Corregidor in Manila Bay.

On the 12 February 1942, Don Isidro sailed from Jakarta and headed east along the top of northern Australia, hoping to remain undetected. On the 18 February, she was spotted by a Japanese plane and attacked. The captain headed for the relative safety of Darwin Harbour, but Don Isidro was bombed and sunk on the 19 February 1942 off the Tiwi Islands by the Japanese strike force sent to bomb Darwin. Don Isidro was one of ten ships sunk by the Japanese that day.

A Brave attempt, but doomed to fail

Don Isidro was one of eight ships that attempted to run the Japanese blockade of the Philippines and resupply 11,000 of US General MacArthur’s men, trapped on Corregidor. Only three ships were successful. Of the 10,000 tons of rations that reached the Philippines, only 1,000 tons, or four day’s supply actually reached the island. Map of the route taken by Don Isidro to Darwin on 18 and 19 February 1942, before being attacked and wrecked on Bathurst Island (drawing by Silvano Jung). Map of the Japanese invasion routes to Southeast Asia, the attack on Darwin, the route taken by Don Isidro from Java to northeast Arnhem Land, before being attacked on 18 February 1942 and the proposed route Don Isidro was to take to Corregidor (drawing by Silvano Jung). 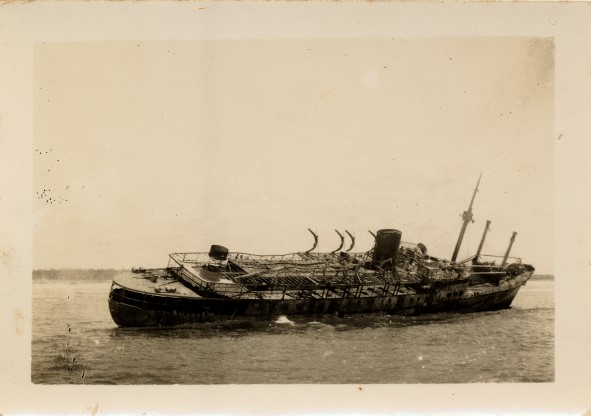 The burnt out wreck of Don Isidro lying off Rinamatta beach, Bathurst Island April or May 1942. (Pic031/009 Crichton collection, Museum and Art Gallery of the Northern Territory). 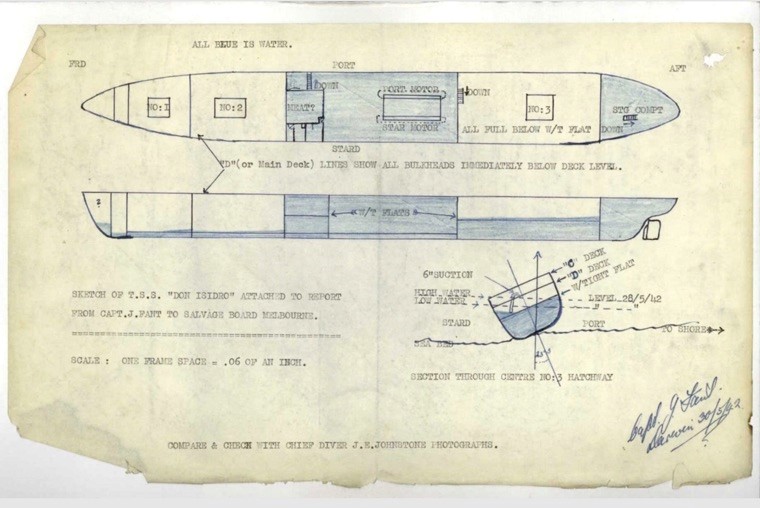 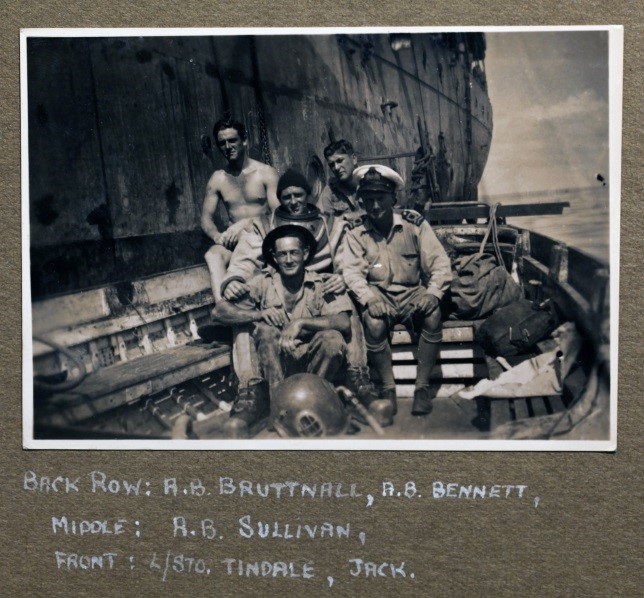 Lieutenant John (Jack) H Scott (officer in charge) with some of the Royal Australian Navy diving team in their work boat on the port side of the wrecked Don Isidro, May 1942. Photograph probably taken by John (Jack) E Johnstone. (REC0811, collection Museum and Art Gallery of the Northern Territory). 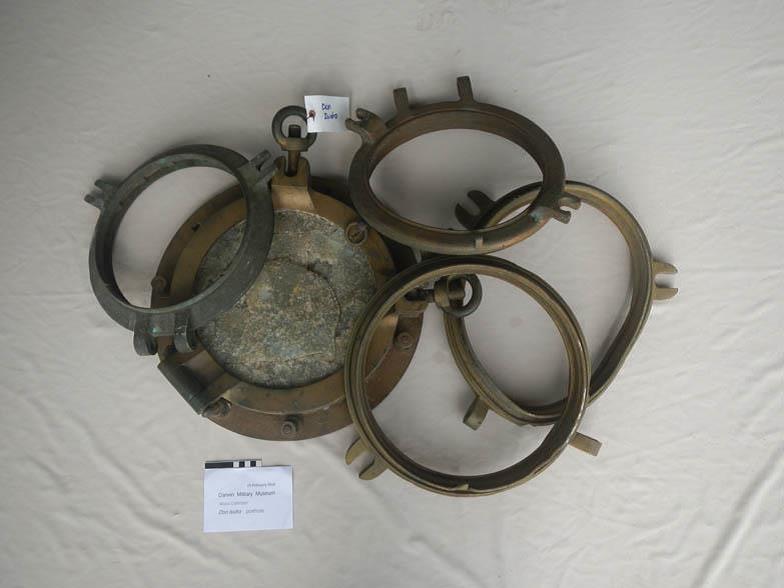 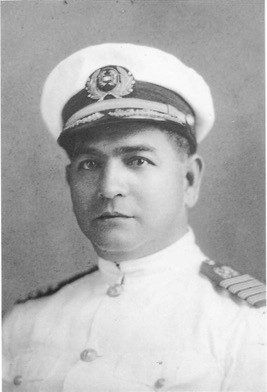 Museum and Art Gallery of the Northern Territory (MAGNT)