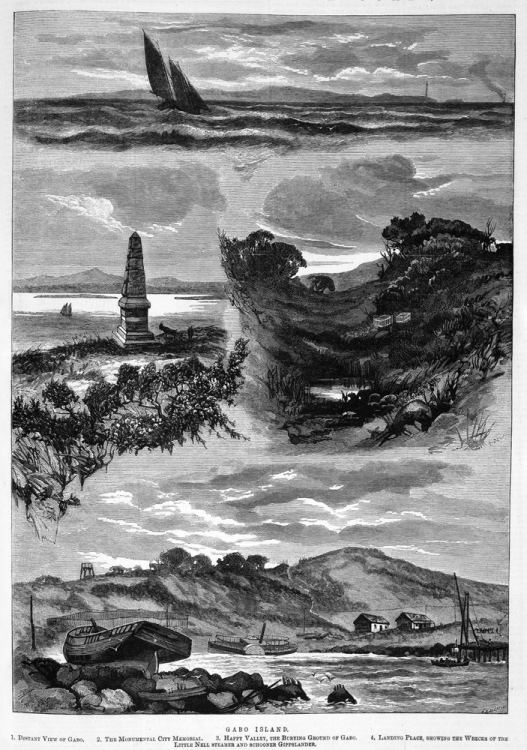 Discovery date (if applicable): 11 March 1982 (registered as a shipwreck with Heritage Victoria)

At the height of the gold rush, the luxury steamship Monumental City entered the burgeoning inter-colonial trade between Sydney and Melbourne.

The first steamship to cross the Pacific, but with only one successful journey in Australia, the vessel disastrously ran ashore in calm weather near Gabo Island.

Attempts to save the 28 passengers were hopeless and most perished. The survivors battled huge waves and jagged rocks to get ashore.  The only surviving saloon passenger wrote “suddenly the bow split in two, and precipitated men, women and children among the breakers, where we only saw them for a moment. The whole ship disappeared in a few seconds, and this fearful tragedy was at length brought to a close”.

The Captain and the Chief Officer were severely reprimanded for gross misconduct, incautiousness and indiscretion.

This event led to a wooden light-tower being constructed on Gabo Island, followed by a permanent lighthouse in 1862.

Jumping, rope in hand from the stricken steamer into a lifeboat, seaman, Charles Plummer heroically guided 54 people through the towering surf to safety, along a hawser onto the rocky shore. The survivors spent some days marooned on the tiny island of Tullaberga before making it to the mainland on a raft they built of timbers from the wreck. 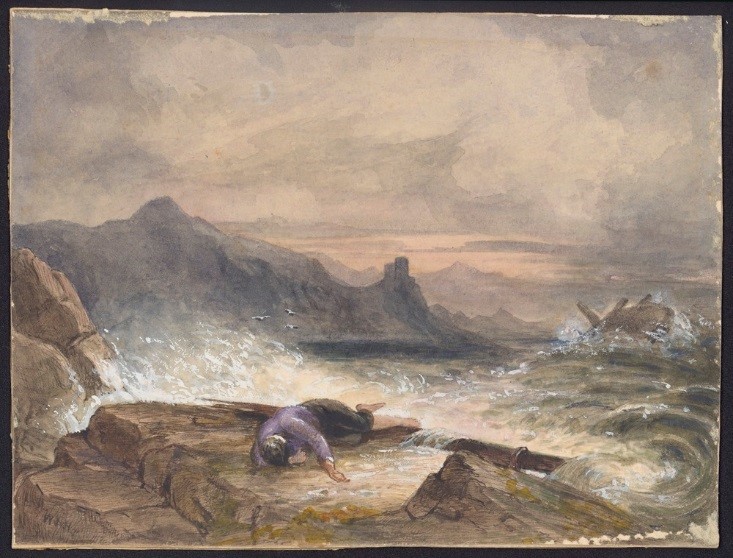 Heritage Victoria hold a number artefacts from the Monumental City shipwreck. One is in the file of images.