A woman of consummate skill Phillis Seal floated a number of boats—ships, in fact—in Tasmania in the 1850s. After her husband’s death in 1852, she actively managed their whaling fleet, dealing with the everyday problems and intricacies of a large business. At least 12 ships were registered in her name, including Grecian, Cheviot and the barque Aladdin. She managed, stated a competitor, with ‘consummate skill and commensurate success’. This was high praise for a pioneering businesswoman.

She even took a leadership role on behalf of other shipowners, petitioning the Hobart Marine Board for changes to the Merchant Seaman’s Act intended to make recruitment of skilled, specialized whaling crews easier.

As well as running a successful, complex shipping business the widowed Phillis raised the five of her nine children to have survived beyond infancy, and ran a number of other businesses, including a tobacco shop. 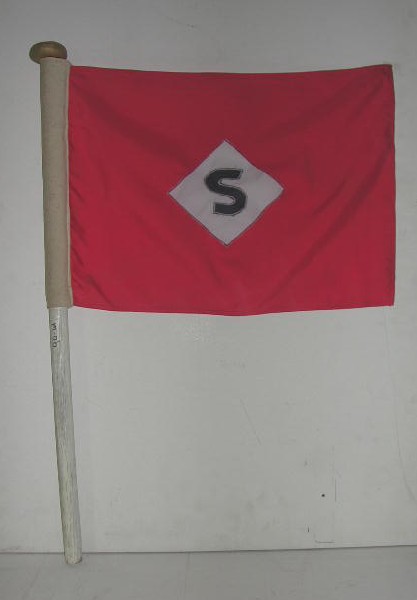 The Seal House Flag - flown from the mastheads of their whalers. 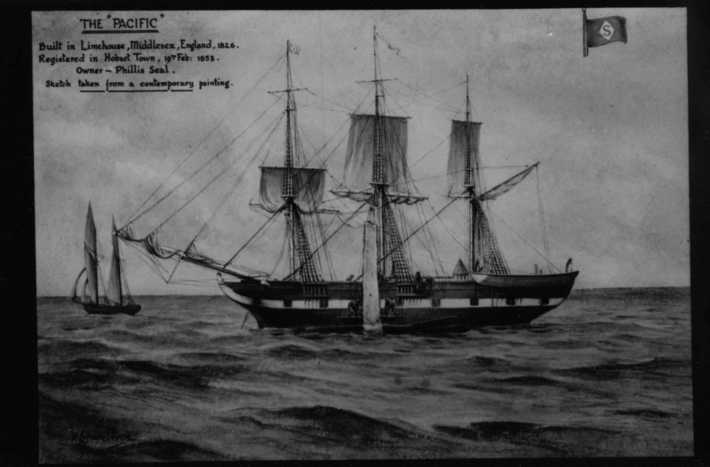 The Pacific, one of the Seal's whaling fleet. Sketched from an original painting. Maritime Museum of Tasmania

The Maritime Museum of Tasmania has numerous objects and documents relating to the business of whaling - a business upon which te wealth of the city of Hobart was founded.