An ordinary ship with an extraordinary captain 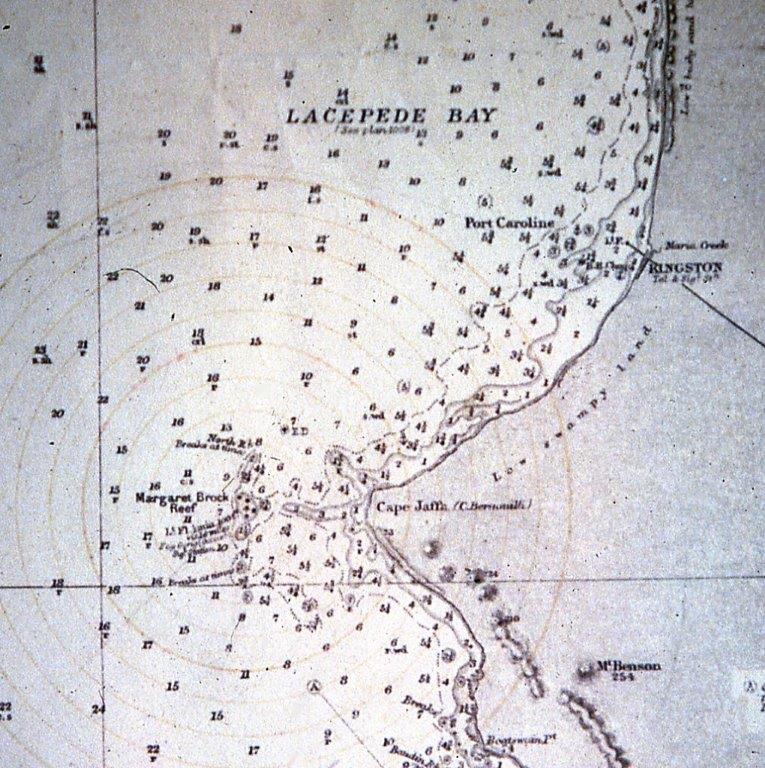 Cause of loss: Striking an uncharted submerged reef at night, 8 kilometres off Cape Jaffa

Location/water depth: 2 to 10 metres on the Margaret Brock Reef

In 1852, the barque Margaret Brock left Port Adelaide bound for Melbourne, carrying 44 passengers and crew, plus cargo. It was a routine journey on a regular shipping route. At 2a.m., on November 23rd, she struck a blind reef about 8 kms off Cape Jaffa. Captain McMeckan’s efforts to back the ship off, then lighten the ship by throwing cargo overboard failed, and by daylight the ship was starting to seriously take on water. The weather was deteriorating. They had to abandon ship.

Through pounding surf, they loaded long-boats carried people to shore, but seven passengers and crew remained. The captain returned to the ship, and rescued the 7 in appalling conditions – some from the water among rolling surf, others from an overturned boat, and others by coming alongside the rolling ship. This heroic effort saved all lives. Survivors then spent 11 days walking back to Adelaide, all safely returning.

Captain McMeckan’s actions in managing the traumatic situation were no less than heroic. He attempted to save the ship, twice, organized the transfer of people to shore, responded to the need to rescue those remaining onboard despite the treacherous conditions and distance from shore. It was his last captaincy. 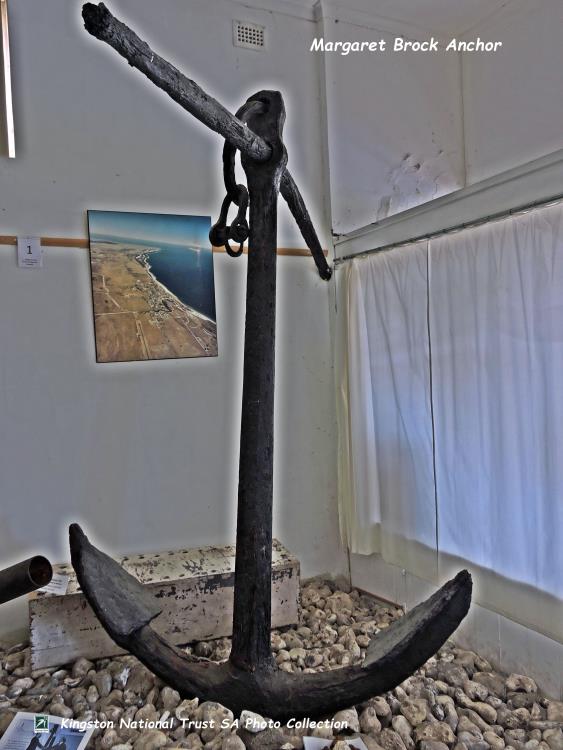 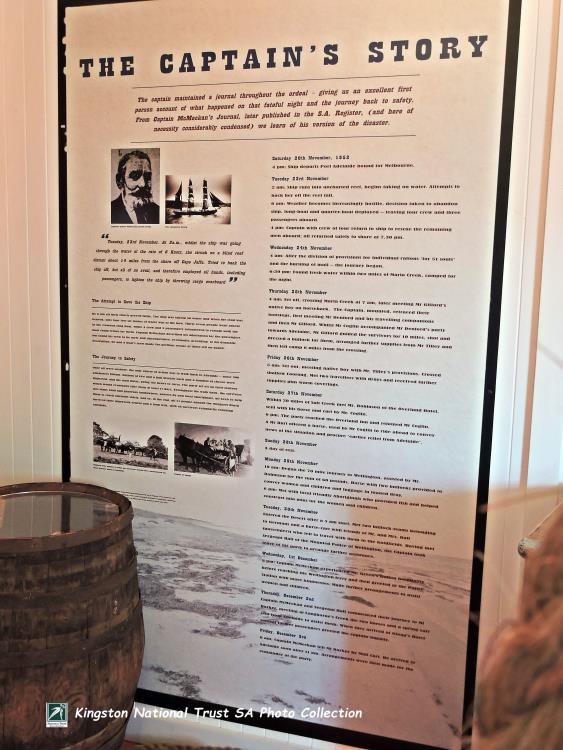 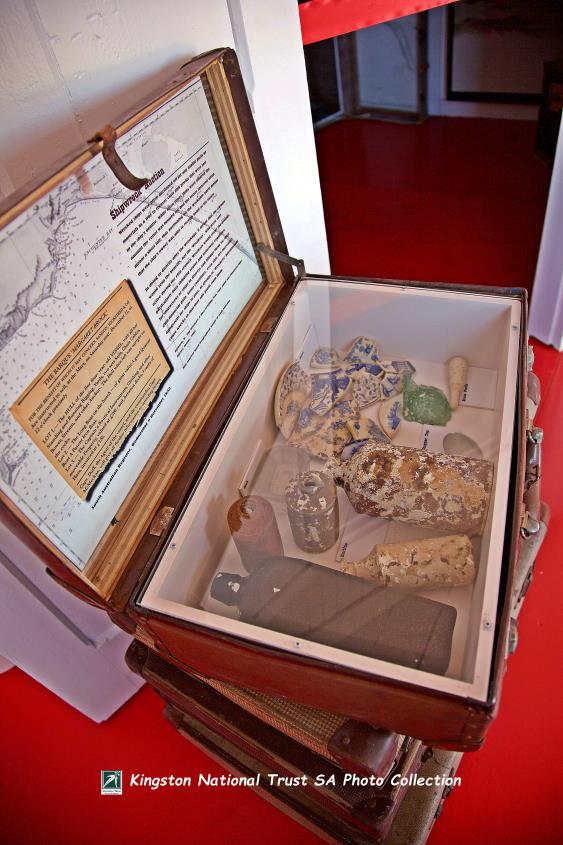 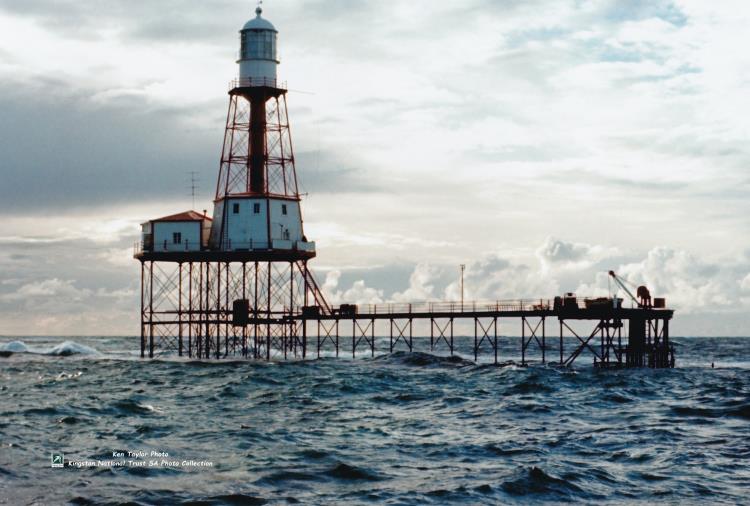 Pieces of copper sheathing, 2 of the 12,000 bricks being carried, several glass skylights. Other objects can be seen in the photos provided.