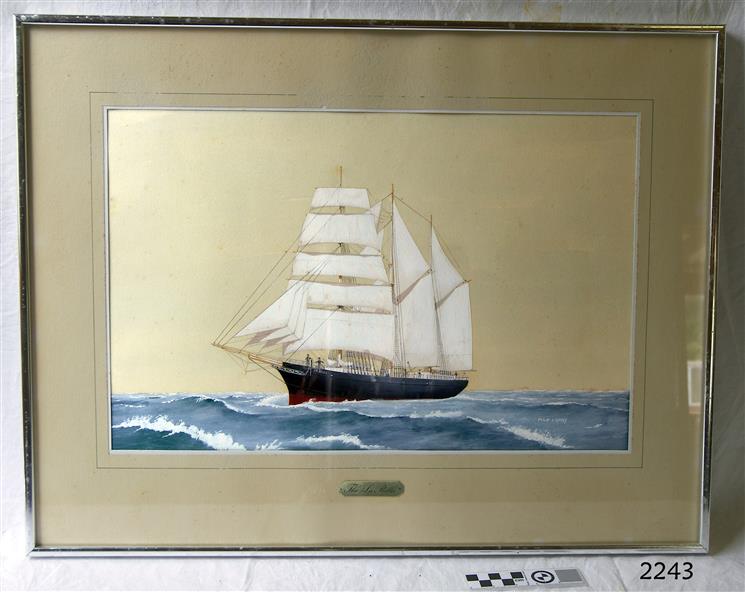 Cause of loss: Wrecked after hitting rocks (now known as La Bella Reef) south of the Warrnambool breakwater in heavy seas and sea haze.

Discovery date (if applicable): Location between inner and outer reefs known since wreck; after breaking up the stern drifted eastwards to the eastern side of the entrance channel and was lost. Relocated in March 1982

Location/water depth: Between the two reefs in quite shallow water about 80metres south of the Warrnambool Breakwater.

William Ferrier was a local Warrnambool sailor. He had spent the day at home due to a poisoned hand but when at about 9.00pm he heard the shipwreck call he got up from his bed and raced to help with the rescue. When he arrived at the breakwater the lifeboat was already heading to the wreck. Ferrier quickly ran to his dinghy and sculled out after it.

As ‘a terrible sea was running’, overnight it proved impossible to get close to the wreck and seven of the crew were washed overboard and disappeared; the last hanging on, until at 7am they could last no longer.

After saving Captain Mylius, Ferrier returned to see the ship breaking up and one crewman still on board.  With time running out, he got close to the wreck and became stuck partly under it as it shifted in the high swells. Above him the exhausted sailor waited. Ferrier reached up, cut him free and dragged him into the dinghy as the shifting swell released the dinghy.

Later Ferrier was reported as saying “There wasn't much in it, was there? I am a bit surprised to find myself suddenly made a sort of hero. I did nothing out of the way. Anyone else in the same position would have done the same thing.”

He was the supreme unassuming hero. 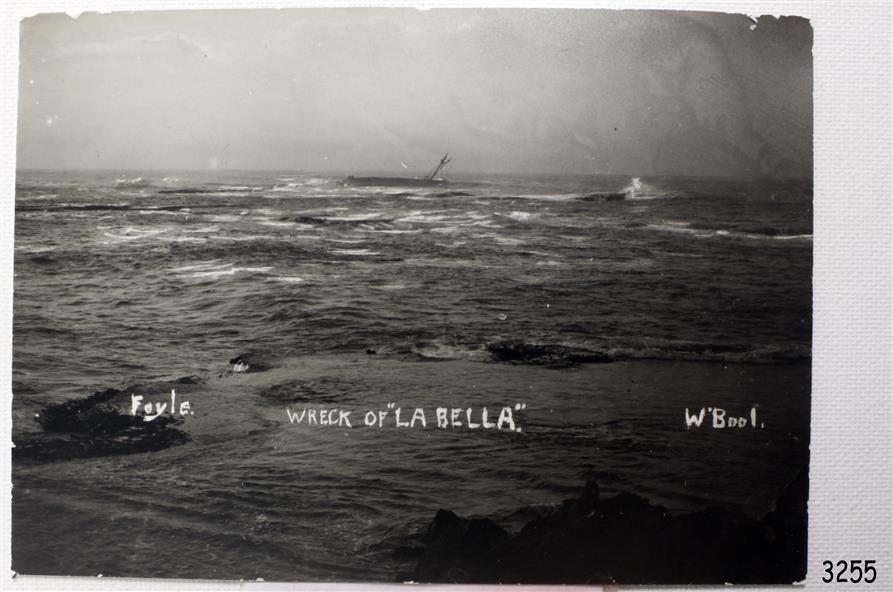 Black and white photograph of the wreck of the sailing ship La Bella in the bay at Warrnambool. 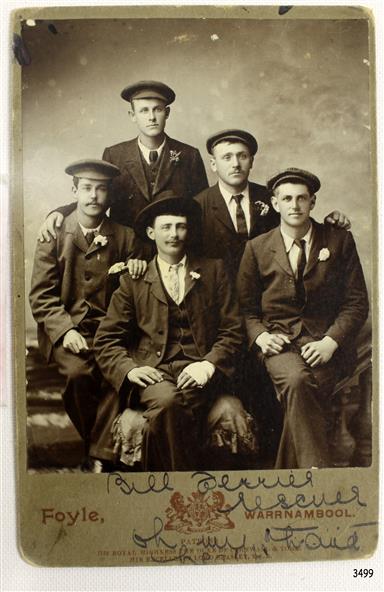 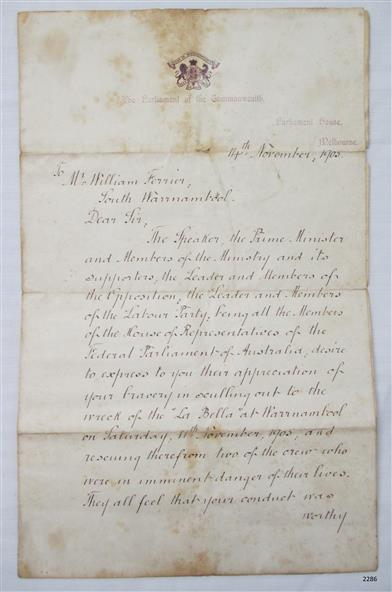 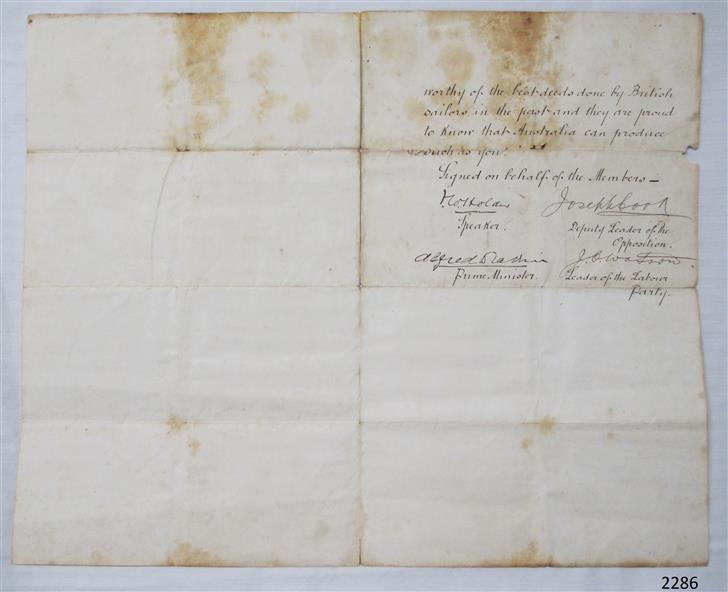 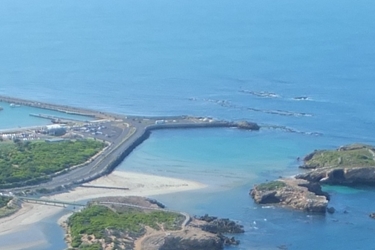 This aerial photo reveals the proximity of the reef to the Breakwater. The La Bella lies between the two reefs.

Trove Newspapers; Lots of reports in 1905.

Jack Churchouse’s book; Leonard Robertson, The Whangaroa & La Bella has excellent photographs of the La Bella and details the events before and after the wreck. Townshend was the 1st Mate on the La Bella when she was wrecked. His book is held at Flagstaff Hill.