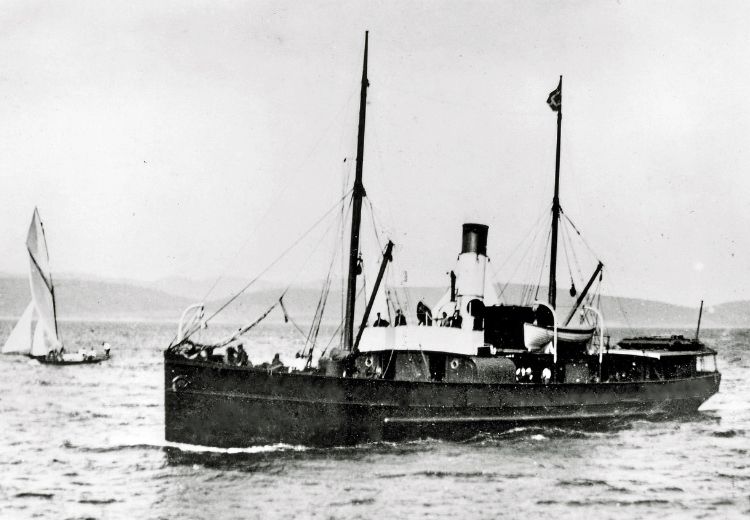 Cause of loss: Damage to hull – plates ripped open

The horribly mutilated corpses of men, women and children were found strewn along the 90 Mile Beach in the weeks following the sinking of the SS Glenelg in the early hours of 25 March 1900. The bodies of 34 passengers and crew had been mutilated by sharks and strangled by faulty life jackets.

After departing Lakes Entrance for Melbourne the previous night, the small coastal steamer encountered a ferocious storm and was blown off course. Several iron plates in the hull cracked and the Glenelg began taking water. Despite valiant attempts by the crew, the vessel started to sink.

A lifeboat was launched with three crew members aboard while about 20 passengers boarded a second lifeboat. The captain, remaining crew and passengers went down with the ship at 4.30am.

At daylight, the three in the first lifeboat found themselves in an empty sea―the ship and second lifeboat had disappeared without trace.

Hauled from their beds as the ship went down, women threw clothes on over their nightdresses as all passengers headed for the life boats. Some of the recovered bodies had been strangled by poorly designed life jackets—but curiously it was only the male corpses that had been mutilated by sharks. 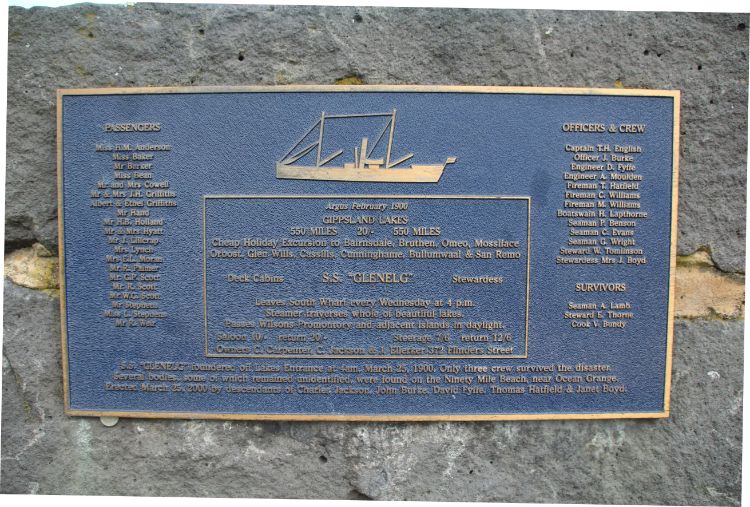 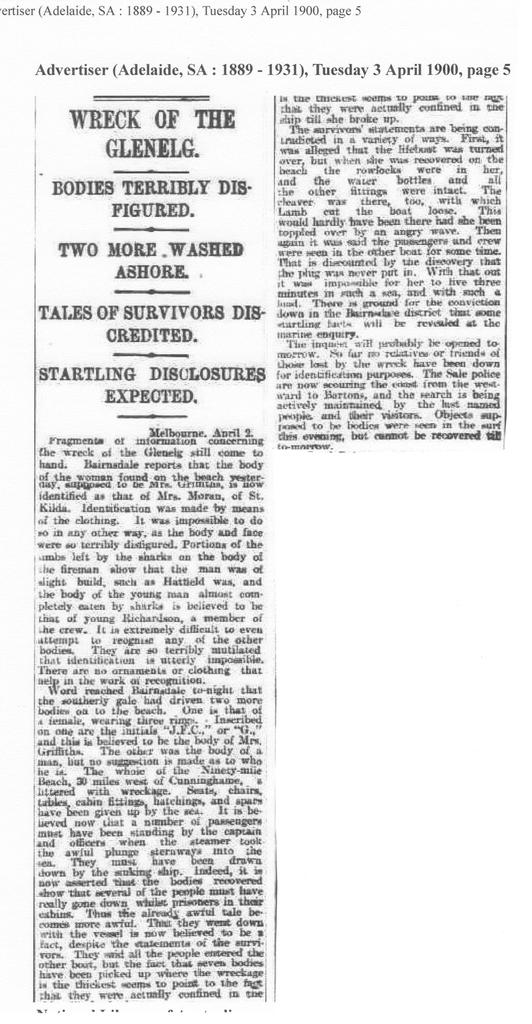 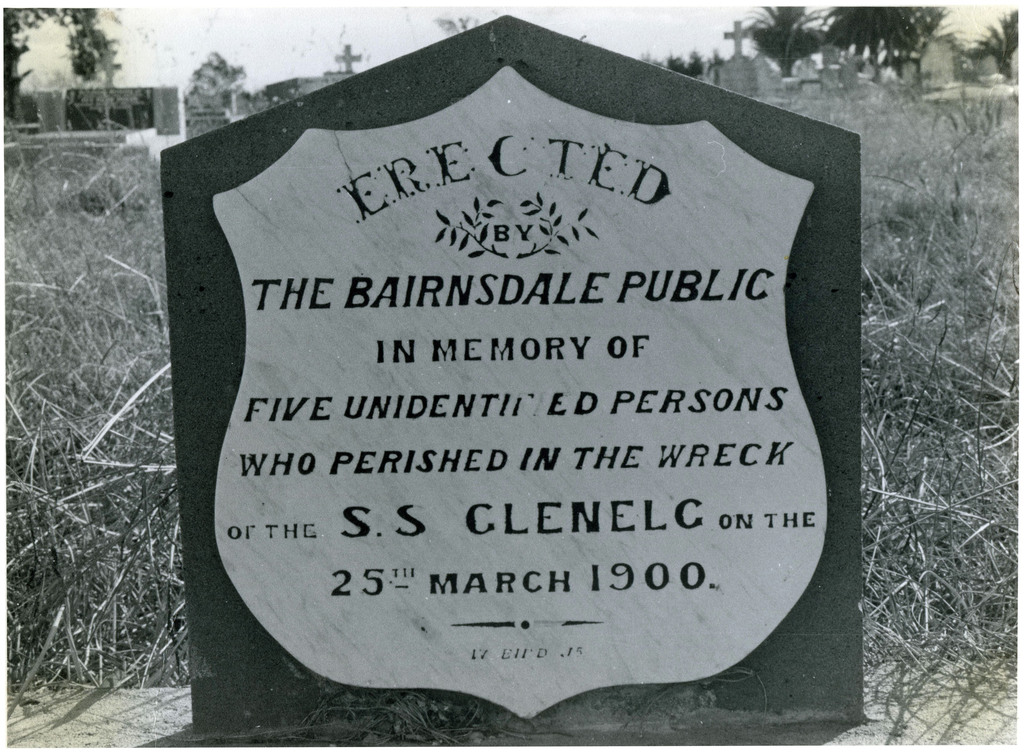 Memorials erected at Lakes Entrance and Bairnsdale. No artefacts in local collections. Images only available.