By Jimminy, She's A Ripper! Power boat racing was all the craze in Mount Gambier during the 1950s. People turned out in their hundreds to watch (and bet on) the events.

However, her ability to weave in and out between the bigger vessels, and even skim over the wakes that were speed bumps to everyone else, meant she won her fair share of races. She raced locally and as far afield as Queensland, following the circuit and winning scores of fans. Australians have always backed the underdog!

The Aquatic Club acknowledged her with a special award. The locals still remember that flash of yellow across the finish line, and the power of the local DIY sailor.

There were many boats that had great names, like Thistle-Do. 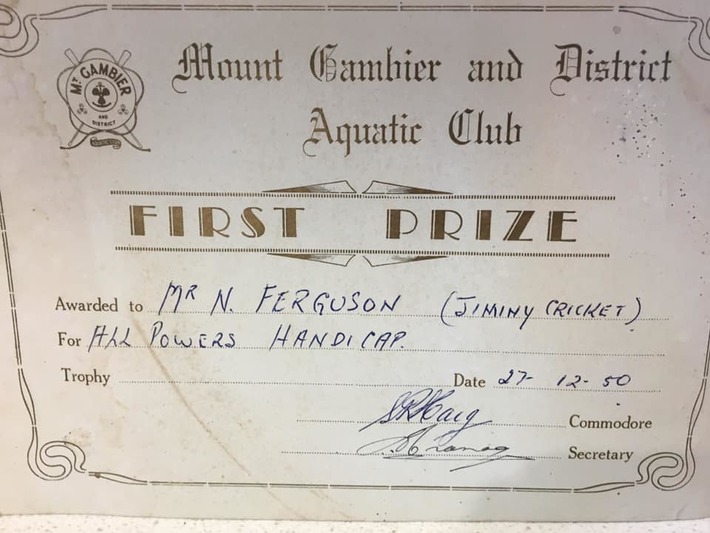 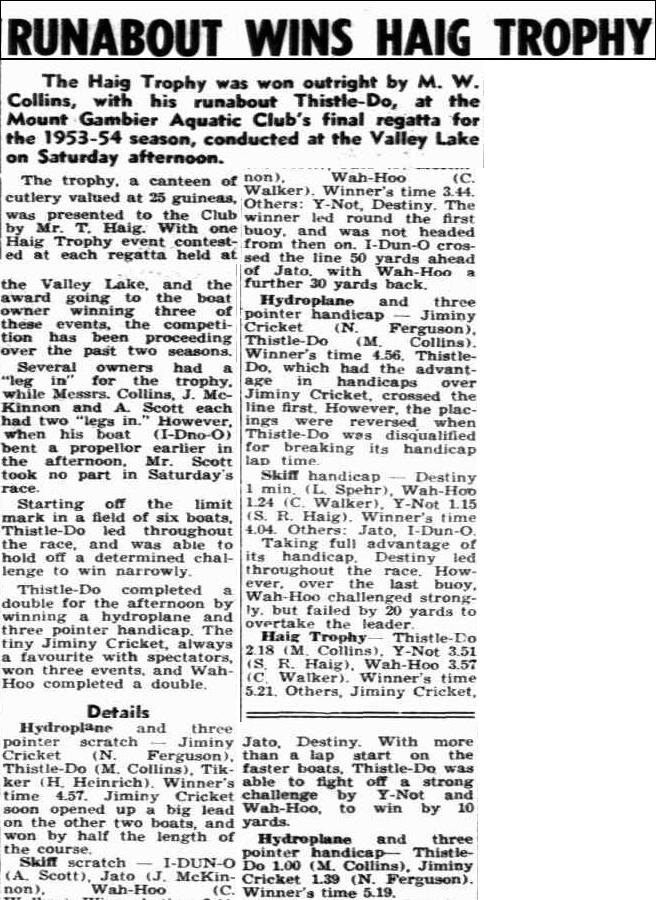 The trophy, certificates etc from the Aquatic Club are available.