Death of a Clipper Cause of loss: Driven onto rocky shore by gale force winds

The Aberdeen clipper was familiar to nearly every colonist, being one of the favourite and most regular traders between London and Sydney during its 17 year association with the colony.

Walter Hood was wrecked on a notorious stretch of New South Wales coastline, with the loss of 12 lives. The tragedy occurred during a severe south easterly storm that raged for several days, causing widespread flooding and the destruction of a newly-installed telegraph station near Nowra.

A combination of wind and sea currents dragged the vessel onto rocks where she rapidly began to break up. Most of the victims drowned while attempting to swim ashore, a distance of only 150 metres.

Thirteen survivors waited in dread for three days as the ship broke up around them. They killed a dog and drank its blood to stave off thirst before the arrival of a rescue ship.

In the Nick of Time

Thirteen survivors clung to the wreckage for three days as the ship broke up around them. They killed the deceased captain’s dog and drank its blood from a sou-wester (rain hat) to stave off their burning thirst. At midnight the steamship Illalong arrived to effect a last minute rescue. 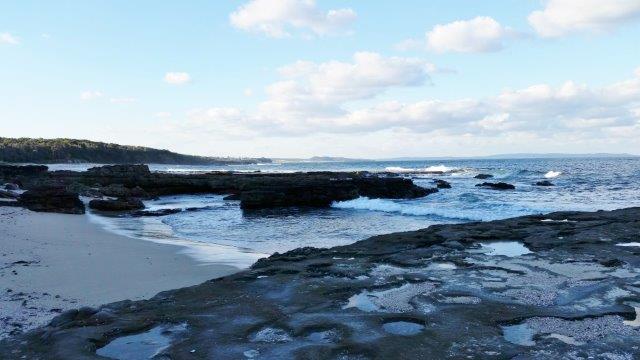 Artefacts in the museum collection include the ships bell, recovered from the wreck during an official dive by John Riley in 1972; a map of the site drawn by Riley and bottles, metal artefacts and numerous floor tiles intended for inclusion in Sydney’s St Mary’s Cathedral.