Degei on the rocks 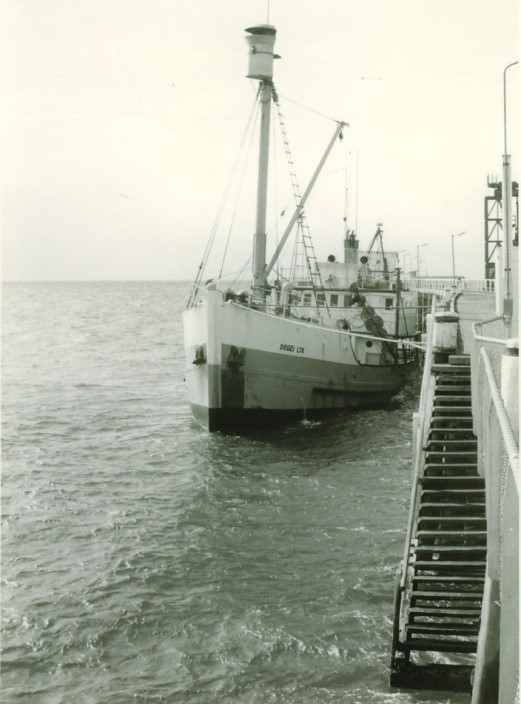 Degei ready to put to sea

Cause of loss: Hit rocks at night, Liguanea Island. while under power

Location/water depth: Donington Island, in 5 to 10 metres depth of water

Degei was built as a patrol boat in 1940 by the Public Works Department at Suva, Fiji.  Named for a Fijian deity.  After leaving Fiji she fished at Eden and eventually Port Lincoln.  (owner Bill Gordon)

On departing Boston Bay for tuna fishing, the vessel tracked south of the chosen course due to tide and wind.  The vessel hit rock on the south west corner of Donington Island.

Ian Fuller;  “We left port after dark on 23 January and made two shots for bait fish in Boston Bay.  A course was set then to go… through Thorny Passage and out to the tuna ground”.

Apparently the night tide and a breeze from the north east gave the boat a track further south than was planned (see the sketch map) so that instead of going out around the island, she hit the south west corner of it.

“Around daylight the fishing vessel Naomi-B arrived and set a tow line…(After two attempts) Degei…toppled completely onto her starboard side. One bloke slid down and across the keel and on to the rocks, but most of us stayed up.”

“The topple had trapped Billy in the galley – the generator was still running and apparently the electric currents set up a glow all around him.   He managed to open a porthole and climb up through it to escape.  Afterwards we couldn’t see how he could have squeezed through it.” 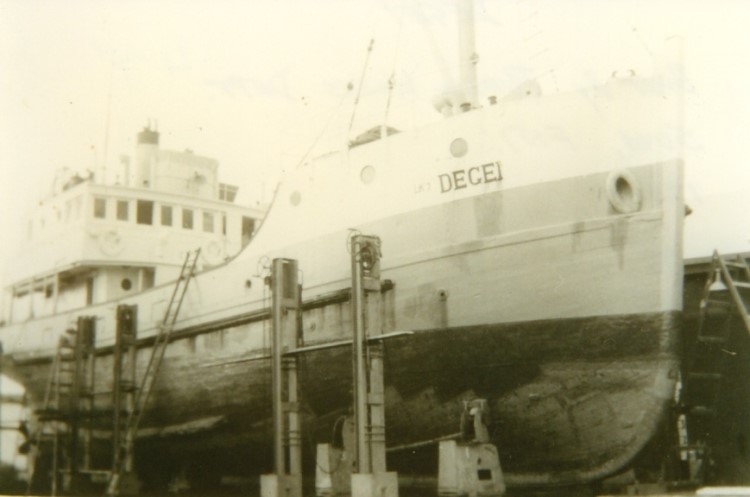 On the slipway for maintenance 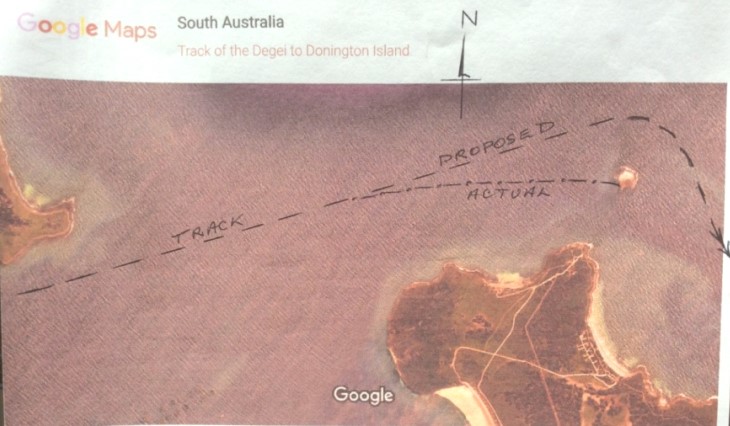 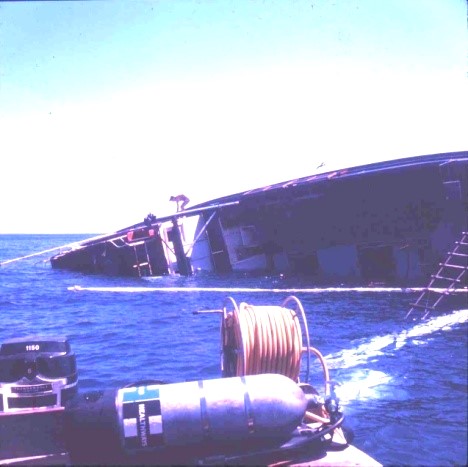 Salvage work on the Degei wreck 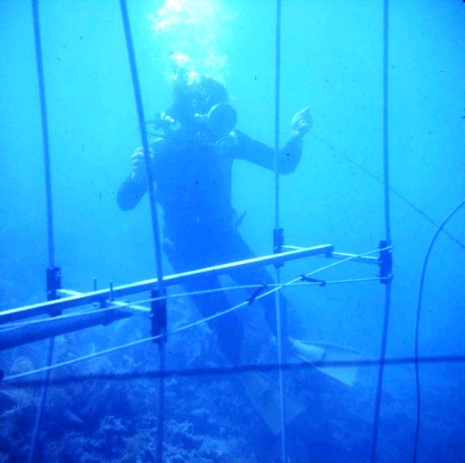 Diver on the wreck soon after the event 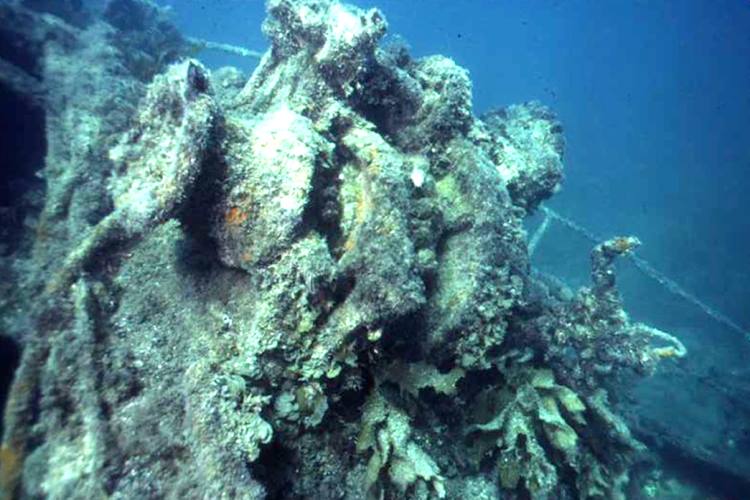 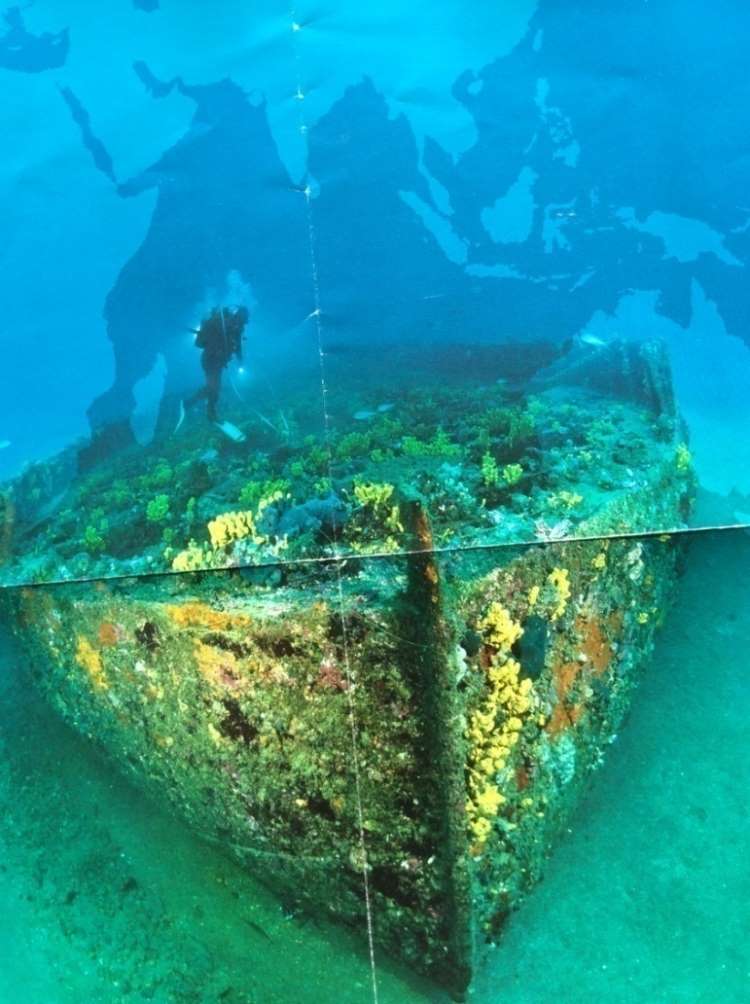