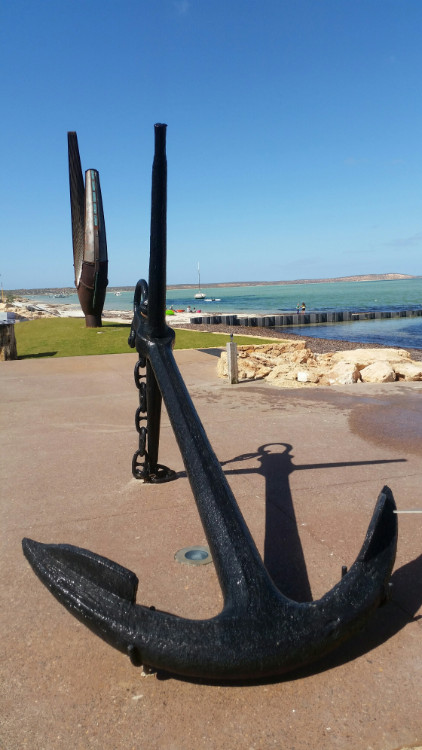 Gudrun Anchor, now positioned at the Denham Foreshore. The Gudrun anchor and figurehead are also part of the WAM Collection, and are currently on loan to the Shark Bay World Heritage Discovery & Visitor Centre.

Cause of loss: Attempted Scuttling and eventual abandonment

The Gudrun was one of the largest wooden vessels to ever visit the WA Coast. On August 4th 1901 the ship left Bunbury for Falmouth, England with 3000 tonnes of timber onboard. Shortly into her journey the ship started to leak and was forced to return to Fremantle for repairs.

After an investigation, the ship’s carpenter, Azel Rawd, confessed. He had drilled a hole through her hull in an attempt to sink her. Locked in leg irons, the carpenter and the ship continued the journey north.

Days later the ship started to leak again and Captain Griff decided to head for the nearest safe haven, Shark Bay. The Captain deliberately beached the ship on some shallow sandy flats with the hope that it could be repaired.

On 14th November, a storm smashed the ship’s rudder. Several attempts were made to refloat the ship but it was eventually abandoned on 20th December 1901.

The ship's figurehead was sold by Captain Griff to Carnarvon’s first resident magistrate Mr Foss. It was installed in his garden until 1967, when it was donated to the Fremantle Museum by Eric Berry. It is now on display in the Shark Bay World Heritage Discovery & Visitor Centre. 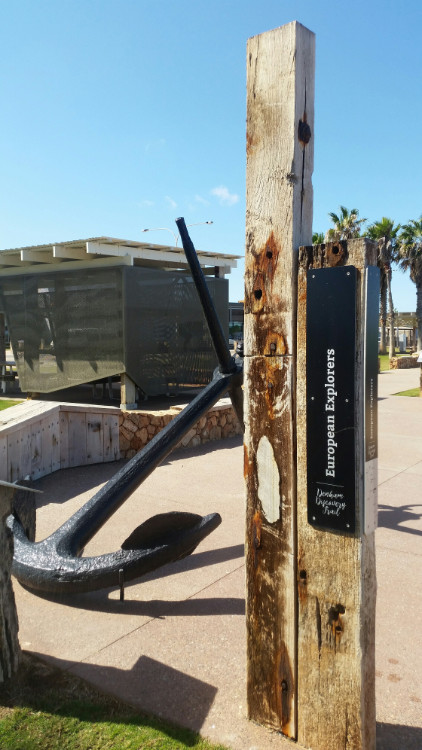 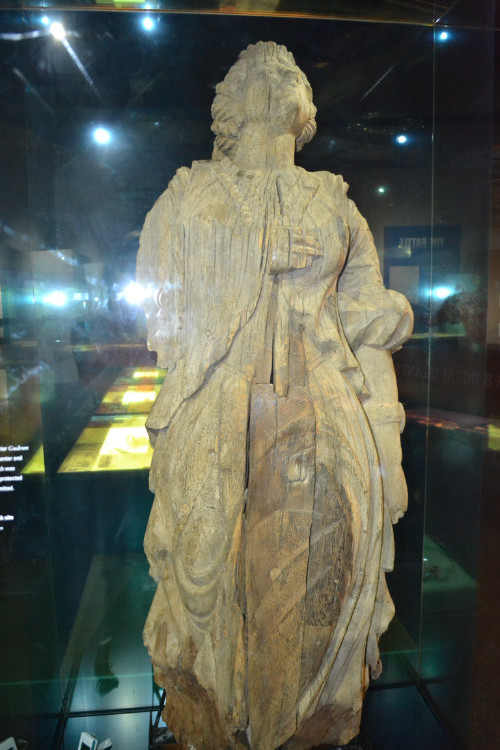 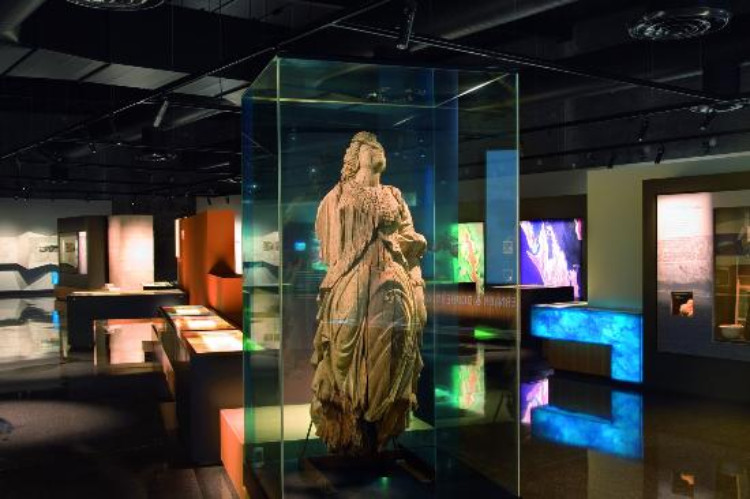 Gudrun Figurehead as pictured above
Gudrun Anchor - This anchor was recovered from the Gudrun wreck site by WA Museum divers with the assistance of Shark Bay residents and the Shire of Shark Bay.

It was one of two anchors Captain Griff had ordered to be laid out to keep the barque from drifting, after it was beached on the Cape Peron Flats.  It is a common type of Admiralty anchor from the mid to late 19th Century.  The iron stock could be detached by removal of a ball at one end, (now missing), so the anchor could be stowed in the ship.

The second anchor, and another anchor similar in style, but with a wooden stock, can be seen on the wreck site.  The wooden stock has disintegrated  but the iron shank and flukes are intact.  These anchors have been left in place for divers to visit.