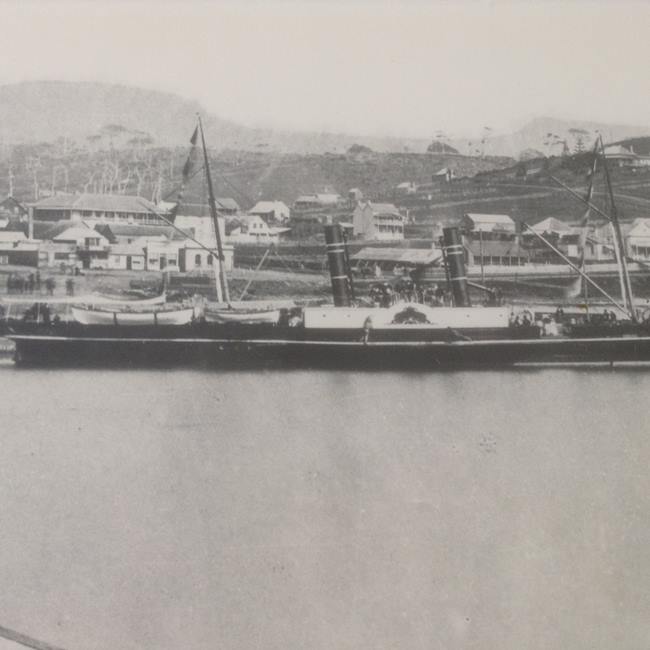 Cause of loss: Taking seawater while towing a dredge to Nowra

William Kelly, Kiama escapologist and father of three-time Oscar winner Orry Kelly, was renowned for the Monte Cristo trick. Padlocked and chained, he would be tied in a sack and tossed into Kiama Harbour. He invariably escaped.

Late on Dec 5th, 1888, the Ajax, towing the dredge Pluto, began taking water off Kiama. Captain James Hutton ordered the ship made ready. The crew abandoned ship, leaving Captain Hutton and two others on board. At 2am, Kiama Pilot William Fraser rowed out to the vessel. It eventually sank in Kiama Harbour.

In daylight, William Kelly swam out. Once on board he dived over the side and found a broken porthole. He resurfaced, took a canvas sheet and stuffed it in the hole.

After several hours of pumping, the ship rose to the cheers of onlookers.

For his efforts, William Kelly was awarded a silver pocket watch that can be seen in the Kiama Pilot’s Cottage Museum.

Orry William Kelly, aged seven, was punished by his father for making doll’s dresses.  He had to take a wheelbarrow to William Fraser at Kiama Pilot’s Cottage and collect horse manure for his father’s carnations. Years later, Orry won three Oscars for dress design for Marilyn Monroe, Bette Davis, Katharine Hepburn and many more. 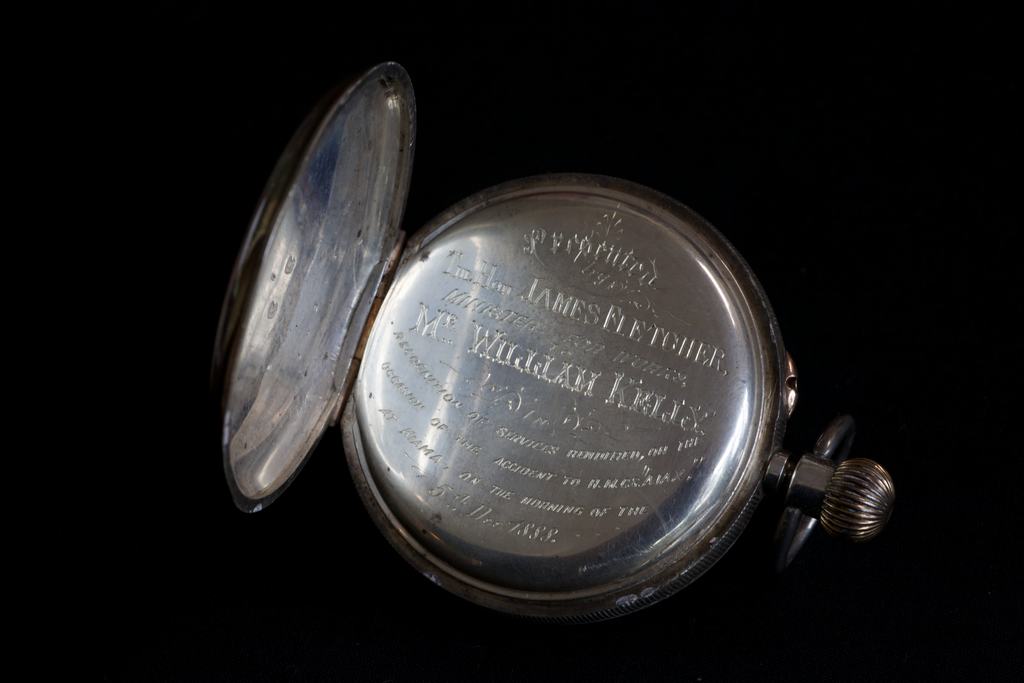 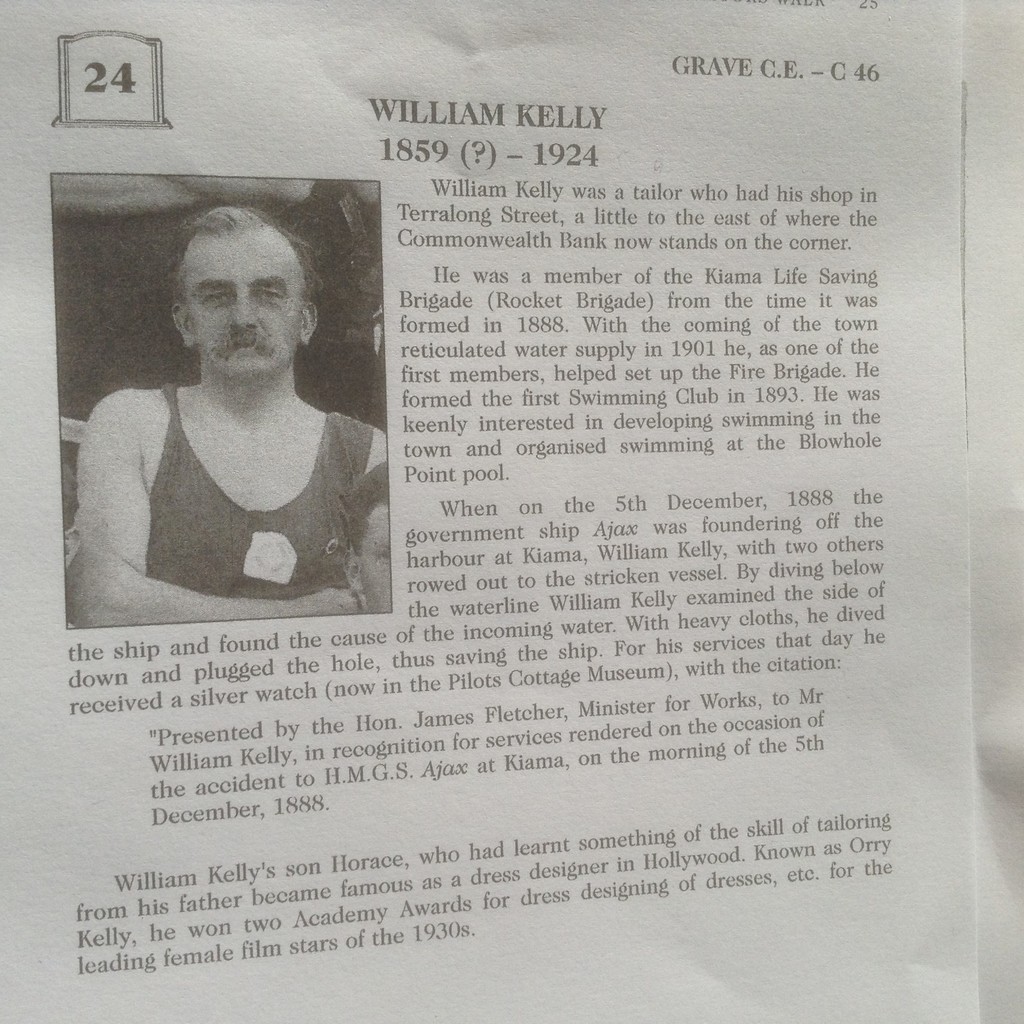 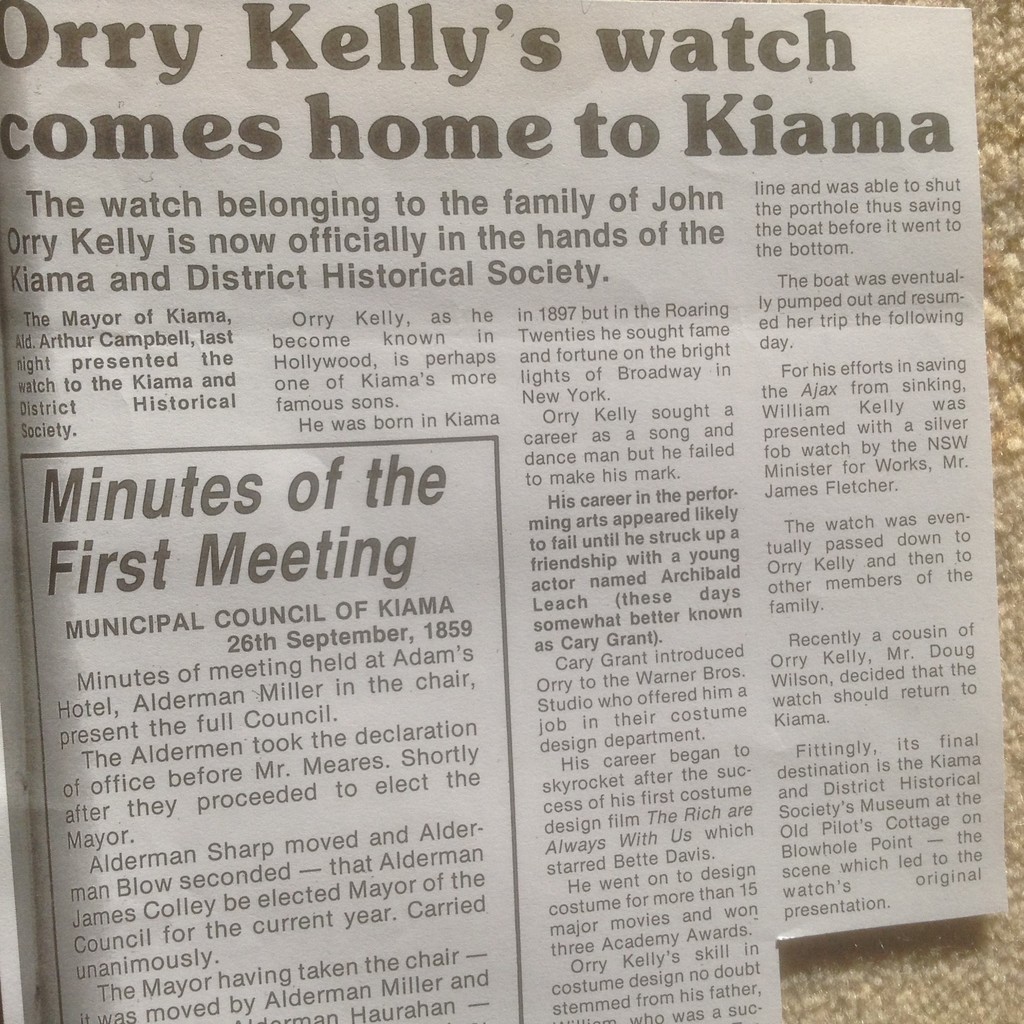 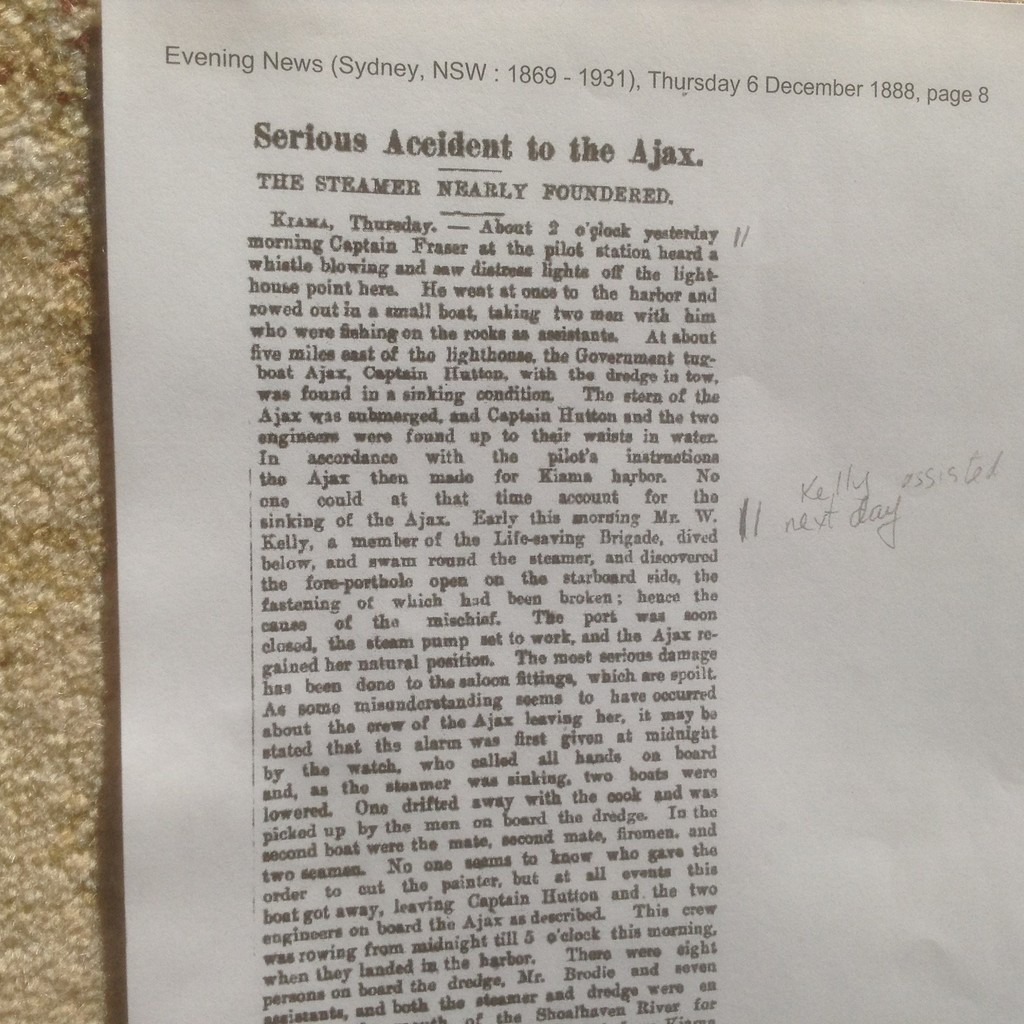