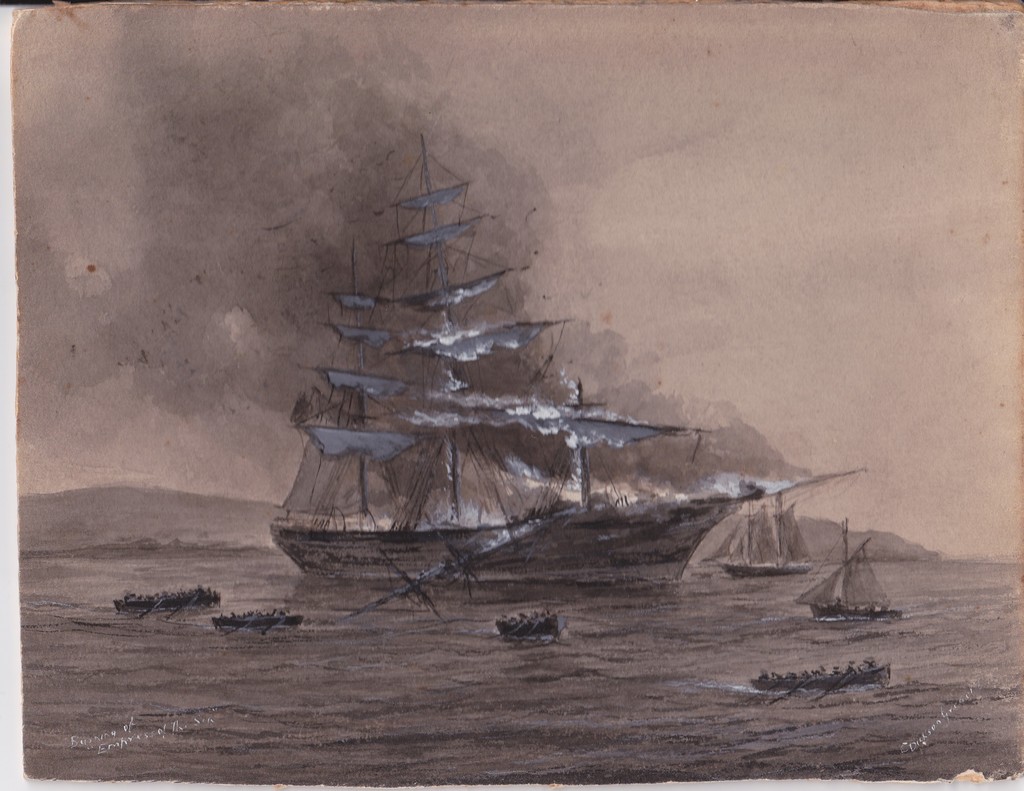 Cause of loss: Deliberately set alight

The London-bound three-masted Empress of the Sea anchored off Queenscliff in the evening of December 18, 1861, with a cargo of wool bales, wheat, flour, leather, whale oil, whale bone, 180 tons of copper ore - and gold worth £80,000.

Her tough disciplinarian, Captain W. ‘Bully’ Bragge, was ashore seeking more crew members when fire broke out in the hold and quickly spread. Pilot Captain Kennedy ordered the 45-strong crew and 12 passengers to start the ship’s pumps but the pump handles had mysteriously disappeared and they had to try and put out the fire with buckets of water.  In desperation, the pilot ran the ship aground in shallow water in Nepean Bay.

A subsequent court of enquiry ruled that the fire had been wilfully lit, possibly by mutinous crew members. The German quartermaster, a Mr Goldman, was the chief suspect but there wasn’t enough evidence to convict him.

During the confusion, the first mate and four crew members tossed the gold on board one of the ship’s lifeboats and tried to row out through the entrance of Port Phillip. A pilot boat standing by the burning ship managed to stop the miscreants and recover the valuable cargo. Copper ore from the wreck site of the Empress of the Sea. The exact position was unknown for many years.  The wreck was rediscovered by local Queenscliff divers Andy Stephens and Vicki Brown in October 1993.