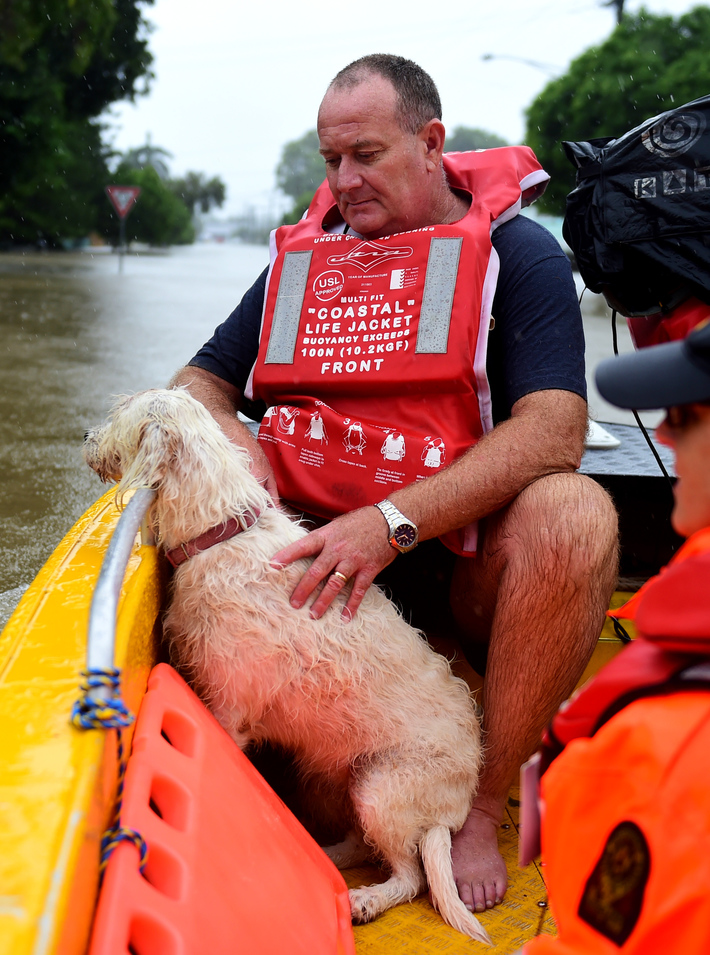 Glen Davey with dog Amber being rescued by the SES. Picture: Alix Sweeney. Image courtesy of the Townsville Bulletin.

It was the last week of January 2019. Heavy rain, the result of a monsoon and a tropical low, started falling. Townsville was anticipating that these would break years of drought. Little we knew that most of our city would be inundated and water courses bursted their banks.

The inundation peaked when the Ross River Dam reached a staggering 247.6%. On Sunday evening, 3 February, the spillway gates were fully opened to release the water and reduce major flooding downstream.

All Emergency Services with their tinnies and inflatables were joined by Defence Force personnel to save as many people as possible. With the assistance of the “tinny navy” manned by ordinary boaties dozens of people were brought to safety – not to forget pets.

This was the birth of the “Floody Legends” and the many stories of courage, compassion and resilience that emerged during Townsville’s Monster Monsoon of 2019.