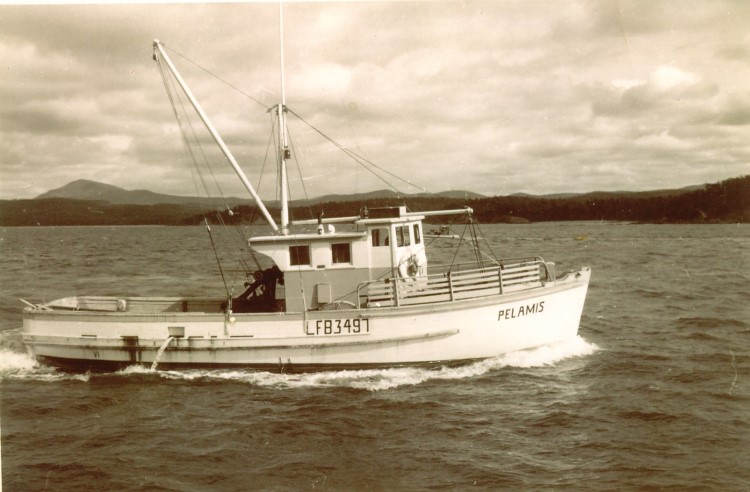 Cause of loss: Hit rocks at night, Liguanea Island. while under power

Location/water depth: Fishery Bay, in 6-10 metres of water off the beach

Pelamis was built 1945 by Reginald Adams and Alf Clayton at Cattle Bay, Eden,  NSW.  Originally named Lismore Star and a subsequent owner named her Pisces, but the vessel came to Port Lincoln as Pelamis.

From a crew member – “It was a black night and we hit the rocks at about midnight.  She bounced off the rocks but water started flooding the engine room straight away.  The engine, propeller, and rudder were all working so we had all the pumps running and headed for Fishery Bay.

It took about an hour to get there and the boat sank about 100 metres off the beach in about 8 metres of water.  We took to the dingy, rowed ashore and stayed there until daylight, by which time there was nothing to see of Pelamis.  One of the crew walked to Charlie Theakstones farm, he came and got us”

From 1950 to 1990 at least 62 commercial fishing vessels were wrecked in the waters around Eyre Peninsula.  In that period boats had radar but no GPS, and few navigation aids other than charts and experience.  The boats did much of their work at night, so the loss of Pelamis is a fairly typical example. Back to the water after slipping 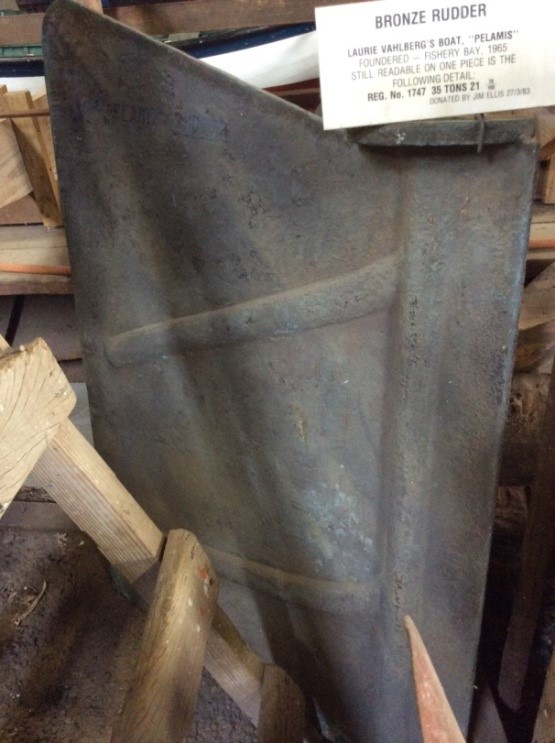 Bronze rudder salvaged from the Pelamis and donated to the ASMM.