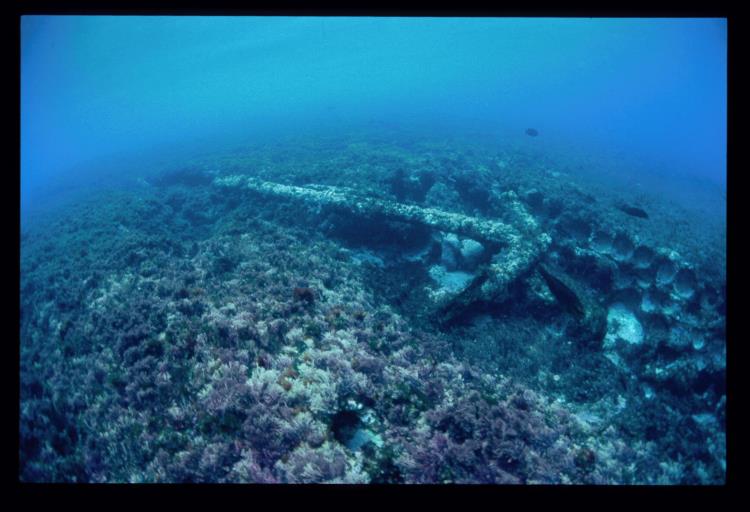 Five official expeditions to recover artefacts from the HMS Sirius wreck site were conducted between 1983 and 2002, this being the third large bower anchor raised from the site in 1985

Cause of loss: The HMS Sirius accompanied by the HMS Supply in Sydney Bay off the Kingston settlement at Norfolk Island began to drift too close to the reef resulting in a plan to exit the bay and tack out to sea.  Just as this manoeuvre was being carried out, there was a shift in the wind, which together with rough seas caused the ship to strike the reef.  Investigations are also being considered as to whether the ballast age may have also been a cause for the wrecking.

Number of Casualties: No lives lost

Discovery date (if applicable): The wreck site was known however an ABC film crew visited the island in 1965 and encouraged interest

At midday 19 March 1790 HMS Sirius, flagship of the First Fleet, wrecked on the reef off Kingston. She had led the fleet of eleven ships that set out from England in 1787 carrying the people who would start a new Nation in Australia. She was important to the settlements struggle for survival in their isolated home and the only real means of contact with the outside world. For the new settlements at Sydney Cove and Norfolk Island her loss was devastating.

A male pigeon (Columbia livia) was blown off shore onto the Sirius at Rio de Janeiro and a female came upon the ship at the Cape of Good Hope.  By those two pigeons all of Norfolk’s breed have sprung from. 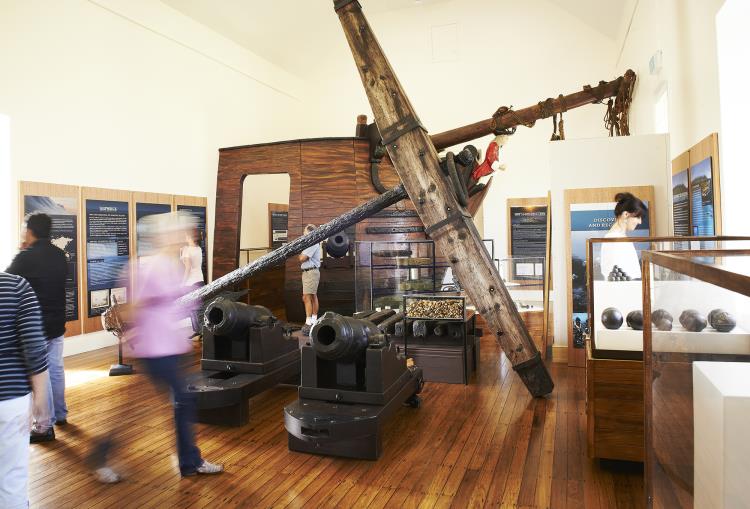 Refer to the Australian National Shipwreck database for further information.