How many boats have YOU built? Suggested title: How many boats have YOU built?

How many boats have YOU built? No one knows how many boats Reg Fazackerly built, but it is estimated that over a hundred small craft emerged from the shed at the back of his suburban Sandy Bay home from the first in 1916 until his death in 1983.

Generally clinkers built from King Billy or Huon pine, many of Reg’s well made boats are still in use today, easily identifiable by their style of construction. A maintenance carpenter with Hobart’s Marine Board by day, Reg built to order in his spare time, often as Christmas or Father’s Day presents.

He also built a dinghy every year to be raffled at a shilling a ticket at the Royal Hobart or Sandy Bay Regattas. The dinghies were so sought after that one customer recalled visiting Reg regularly for a number of weeks before the busy boat builder agreed to take the commission.

While Reg was Head Boat Builder, it was really a family affair. Small children’s fingers did the putty work inside the dinghy and Reg’s best friend and son-in-law, Gus Sage, helped with the two-man job of clenching the copper nails through the planks. 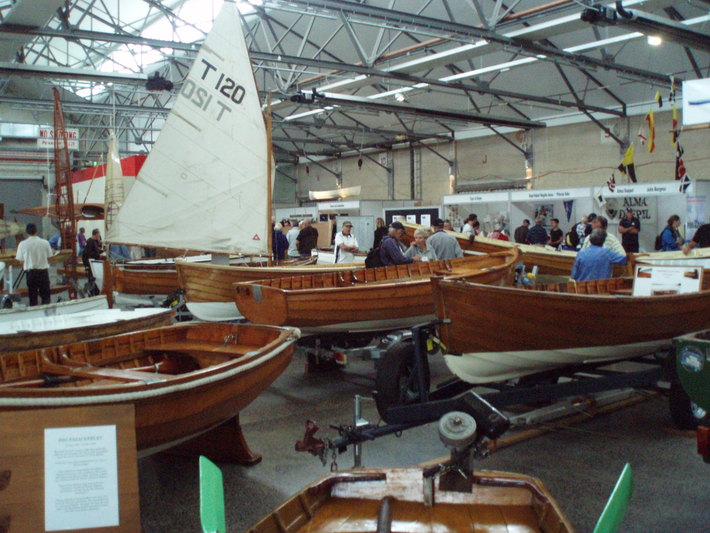 A handful of treasured Fazackerly dinghies on display at the Mystate Australian Wooden Boat Festival. 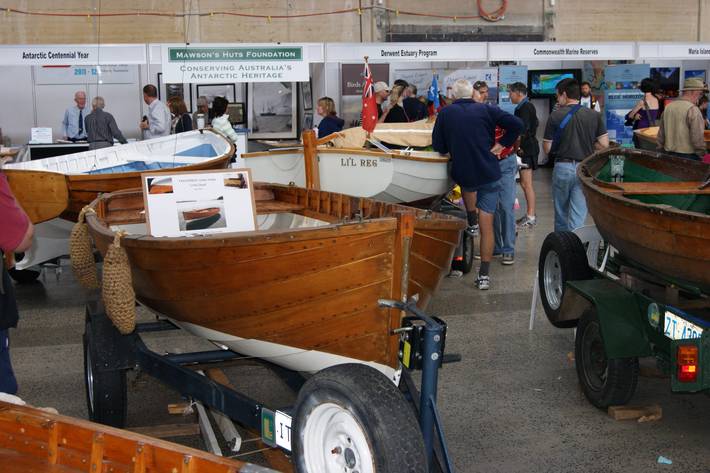 A grainy image of a Fazackerly dinghy doing what it was built to do in the 1950s. The Maritime Museum of Tasmania's collection includes a dinghy built by Reg for his employer, Hobart's Marine Board. The dinghy, which was always kept in tip-top condition, was built as the tender for the Governor's launch, the Egeria. The museum also has a board of half models used by Reg, numerous photographs donated by past and current Fazackerly owners and research materials compiled by past museum employee Peta Knott. Peta organised displays of Fazackerly dinghies at the Royal Hobart regatta and the Mystate Australian Wooden Boat Festival and can be credited with raising awareness of the history of Reg and his boats.