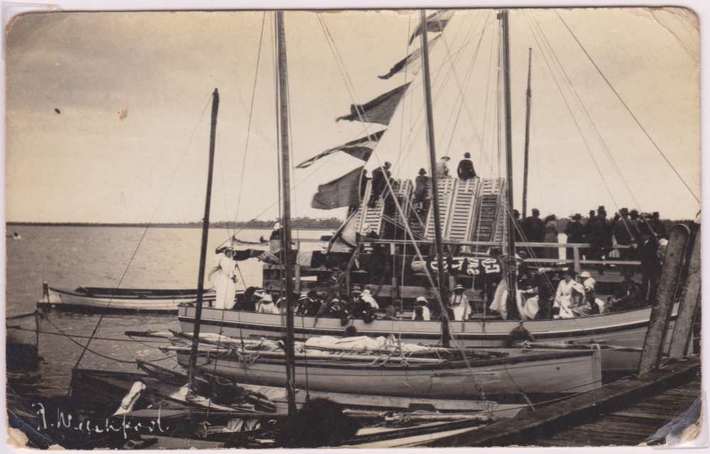 A bottle of champagne broken over her bow, she was named “Janet Iles”. This 29 foot fishing boat built by the Whites Brothers at Williamstown, Victoria, 1914 to the pride of Mr. W.B.M. Smith and sons who sailed her to her home at Port Welshpool.

It was the Port where she spent the rest of her life with the Smiths and now is in pride of place at the once Smith family home, now the Port Welshpool & District Maritime Museum.

Mr Smith and his sons rescued many a fisher men from Bass Strait during rough seas to the reward of the two sons receiving Royal Humane Society medals.

Over 60 years she fished Bass Strait, yielding tons of fish sent to market for city folk to enjoy. Or as a party boat where people spent a day out on the briny and always took home a feed of fish.

Arnie, the only surviving Smith decided to take out fishing parties. One lady was nicknamed Mrs Tatts, by Arnie, as her group worked for Tattersalls. She got so sea sick on her first visit that after she wrapped herself in brown paper as it was said to be the answer.