Lost in the ‘eye of the needle’ Suggested title: Lost in the ‘eye of the needle’

“Veronica” a Portarlington fishing boat was missing for 8 days. After a failed air search, on 15 July 1967, Cape Otway lighthouse raised the alert at the Apollo Bay Fisherman’s Co-operative. Although it was dusk, with a storm looming, several fishing boats left port to search.

At last the vessel was sighted … “the Veronica was found and all aboard were well.” The tow line broke – three times before being shredded to ribbons. “Invictus” with Frank Barrand and crew turned back into the gale to where the “Veronica” had drifted off.

They fixed a tow and after a two-hour fight in the stormy sea they reached the safety of the Harbour to the cheers of waiting townsfolk. Frank later immortalised the rescue in a ballad.

Ballad of the Veronica (1967). This daring-do rescue is penned in prose by Frank Barrand, skipper of the rescue boat Invictus. Capturing a point in time – the men, the boats, and the ingrained need to defy the elements and snatch back one of their own from ‘Davey Jones Locker’. 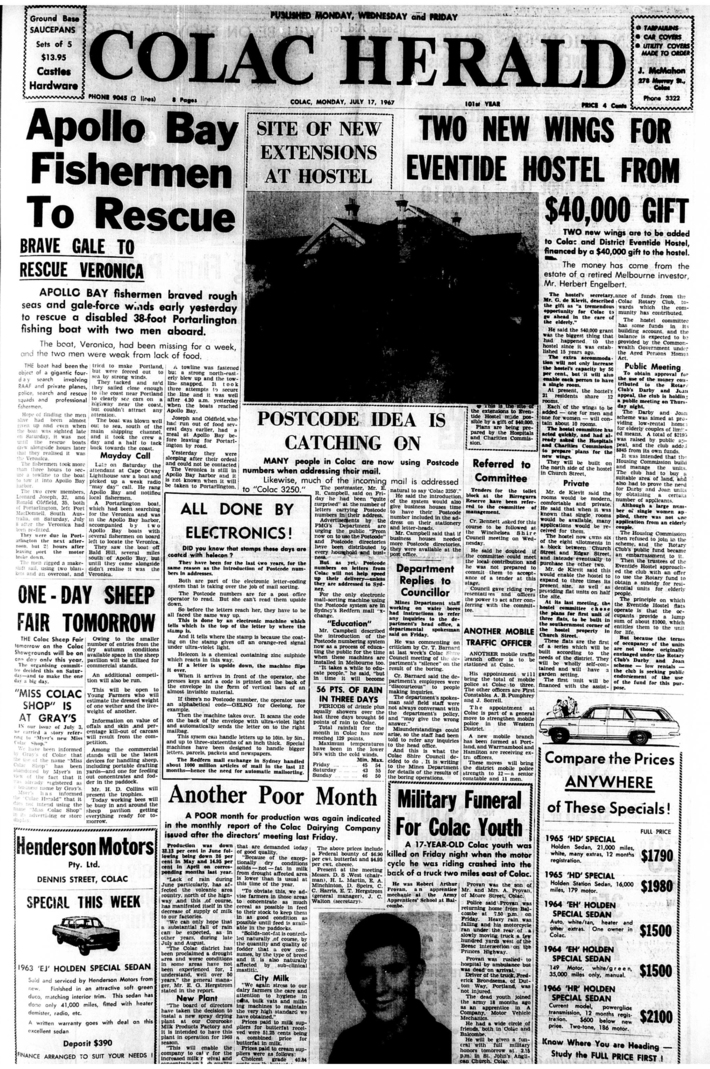 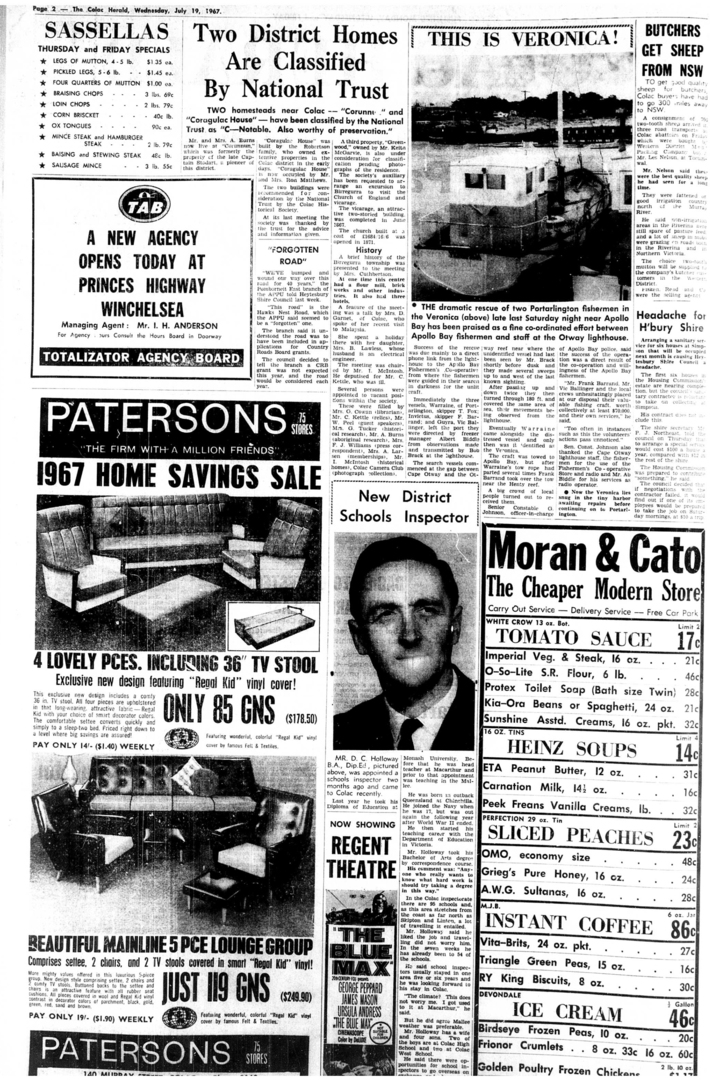