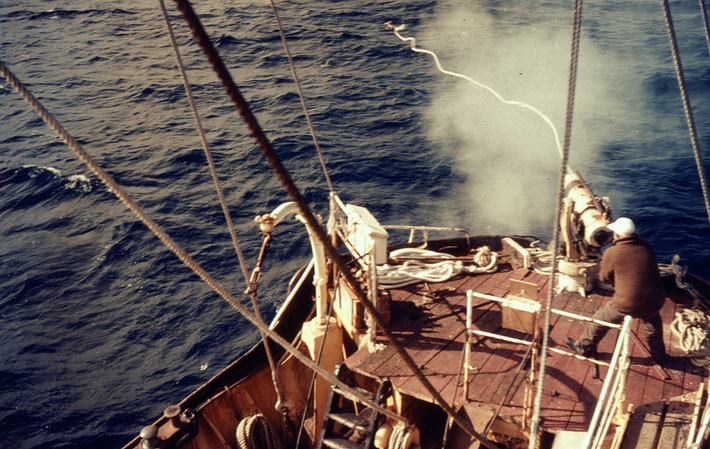 Captain Stubbs firing a harpoon on-board the Cheynes III whale chaser. This image was taken after the loss of his foot.
Credit: Albany’s Historic Whaling Station

‘BLOOOWSSS… SHE BLOOOWS!' The call is quickly swept away by blistering winds that batter the ship, as it struggles through heavy swell in heated pursuit of whales. Captain Stubbs stands at the bow, hand on harpoon, waiting for the crucial moment…

'BOOM!’ The harpoon leaves the gun, racing towards the whale. A yell lost in the howling wind, signals the unthinkable. The Captain, who a moment ago was standing strong, now lays prostrate on the gun-deck. His left foot missing… wrenched off by the harpoon rope… With his lifeblood draining away, the race is on to save him… this far out to sea, chances are slim.

“What the hell! Why is that plane landing in such a sea!” Ignoring Captain’s orders, the crew summoned the whale-spotter plane. The actions of the crew and bravery of the seaplane pilot saved Stubbs’ life, a couple of months later he was back whaling.

Originally it was meant to be Stubbs’ day off! However a couple of months rest was enough to prompt him to continue whaling for another 10 years. 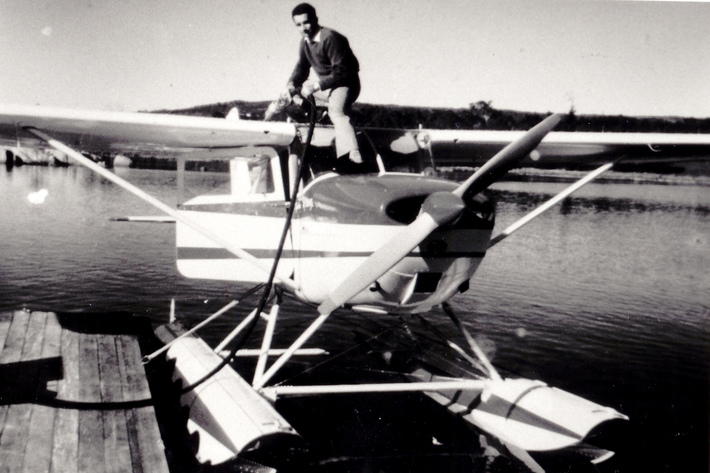