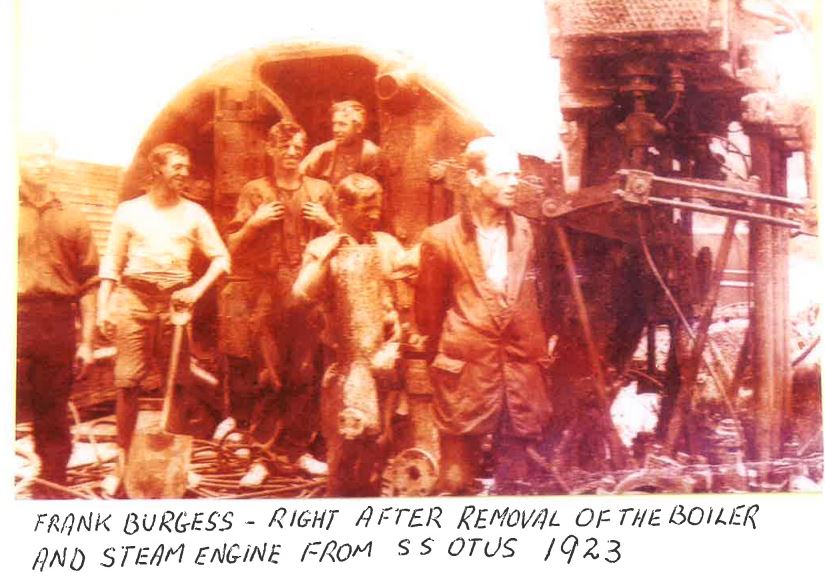 Cause of loss: Sprang a leak off Cape Hawke

SS Otus was built at Coopernook by Denis Sullivan in 1914.  She was owned by NCSN Co. Her maiden voyage 20/03/1914 under Captain Pullen was from the upper Clarence River through the South Arm, a droughering service carrying goods, mail and passengers to the public wharves.

From 1920, she was laid up in Sydney for about two years after losing on the Clarence run. In 1922, she was purchased by Charles Pullen. She was overhauled and left for the Clarence river on 16/01/1923 under Captain Cole, on board were the new owner and a crew of four. Otus had no cargo but was carrying coal as ballast.

About 10 miles north of Cape Hawke, a serious leak was discovered forward, unfortunately the pumps could not cope. Captain Cole decided to beach her. At 10 pm, she came ashore under the pilot station at Forster Beach.

Captain Pullen bought a ship and from Sydney Sailed: Headed for the Clarence but at Forster failed: A proud ship owner he was at sea: but only for a day or two it was to be: He says a mariner’s life, I’m sure is not for me. 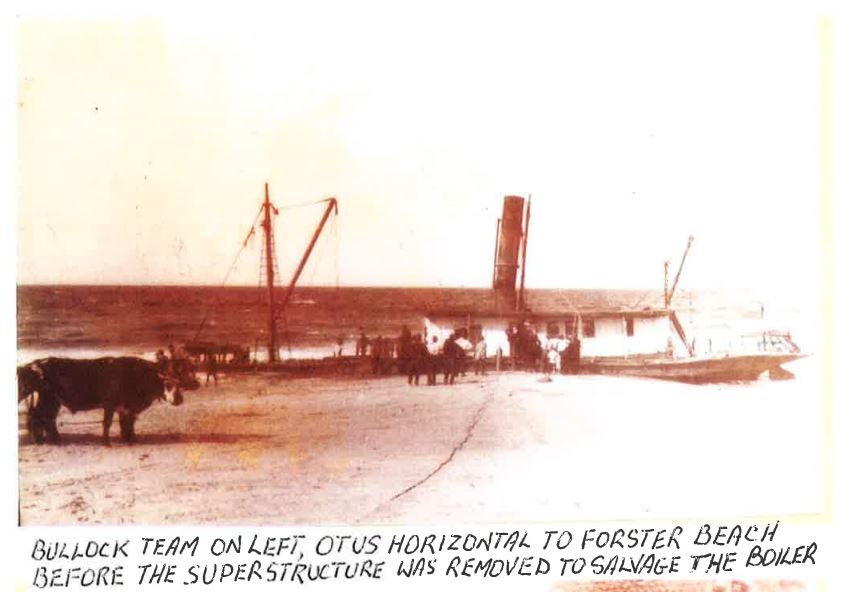