The WA Maritime Museum has a number of items on display, including ship's telegraph, life buoy, steam whistle, navigation lamp and 3 auxillary engines, but curiously, none of the precious items from the wheelhouse can be found there.

I'm particularly hoping to locate the shipswheel and compass/binnacle, which are beautifully crafted objects (see photo), and I'm sure they're out there somewhere, but also any other items.

I've been in touch with a family who's father was an engineer on the Wyola, and have the Ship's bell in their possession.

I've also seen a photo of a builders plaque from the engine room, which is sitting proudly in a back shed in Fremantle!

The wreck of the Wyola is not protected, therefore it's not unlawful to own relics from this vessel.

My hope is to document any artefacts that still exist in a book on this icon of Fremantle Port.

I was thrilled to hear recently from Arthur, one of your members, who was a junior master on this tug in it's final years.

I've also been searching for plans for this vessel, and have been successful so far in locating

a Piping Arrangement, Lines plan and Propeller Plan, and I'm hoping to add Midships sections and General/Steel Arrangement to this list.

Any photos, especially of wheelhouse, or engine room, or any detail of above and below decks would be fantastic!

Any knowledge or suggestions on any of the above most keenly sought! 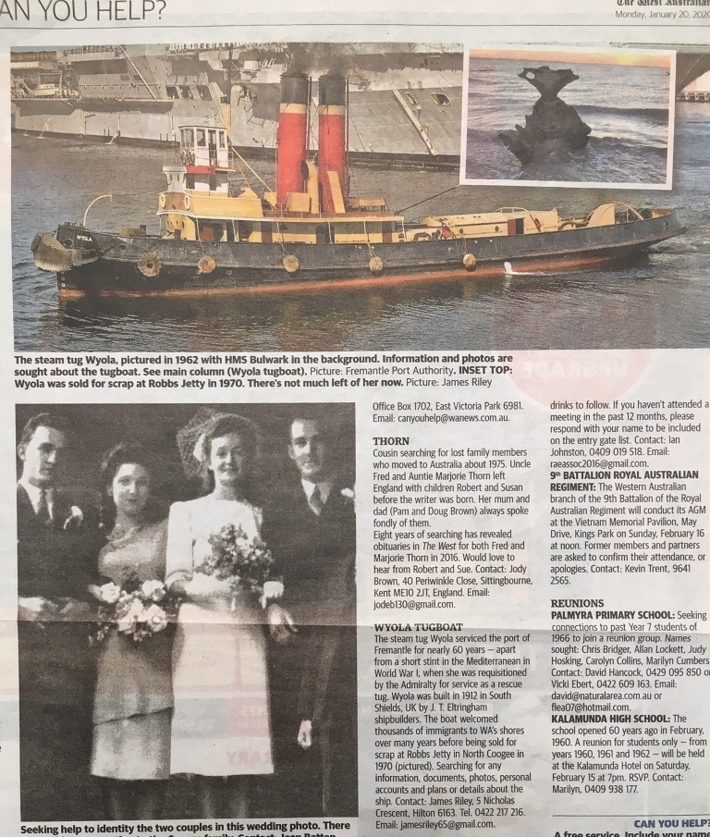 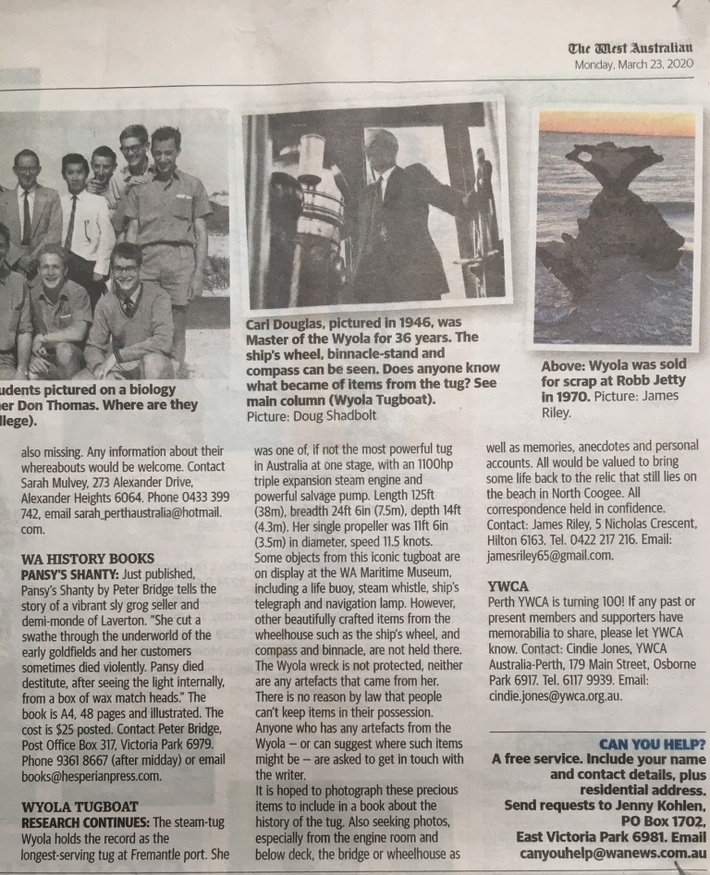