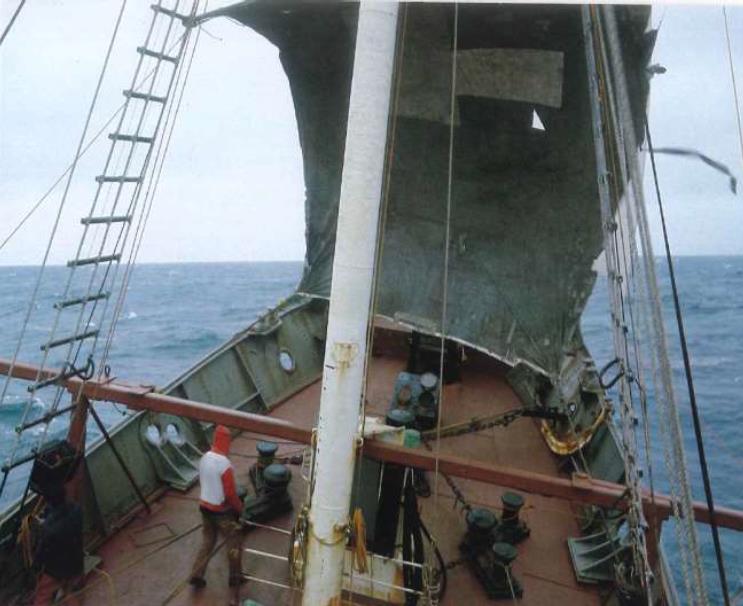 The Cheynes II under sail, returning from Heard Island (1983).

Cause of loss: Broke its moorings in a storm

After 36 years as a whale chaser in Norway and Australia, SS Cheynes II left Hobart in 1983 with 25 adventurers on a research voyage to Heard Island, Antarctica.

This six week voyage became a twelve week survival expedition, chewing through huge amounts of fuel as the crew battled gale-driven waves. They were forced to retreat to Albany; the Cheynes II’s former whaling post. They set off again, ignoring grave warnings from experienced ex-whalers.  After miraculously surviving being swept onto treacherous rocks, they finally reached Heard Island.

On the journey home, they ran into trouble when they lost their dinghy and the engine completely shut down! Frantically they crafted sails from canvas fragments, putting the hulking 440 ton steamboat under sail.

The Cheynes II overcame many challenges in one of the remotest parts of the world, sailing the last 390 hours of the voyage under improvised sail – right into maritime history.

In 1986 Cheynes II was to become a floating restaurant, fitted with jarrah and velvet trims. Today she sits on the bottom of Albany’s Princess Royal Harbour as a monument and a luxury pigeon loft! 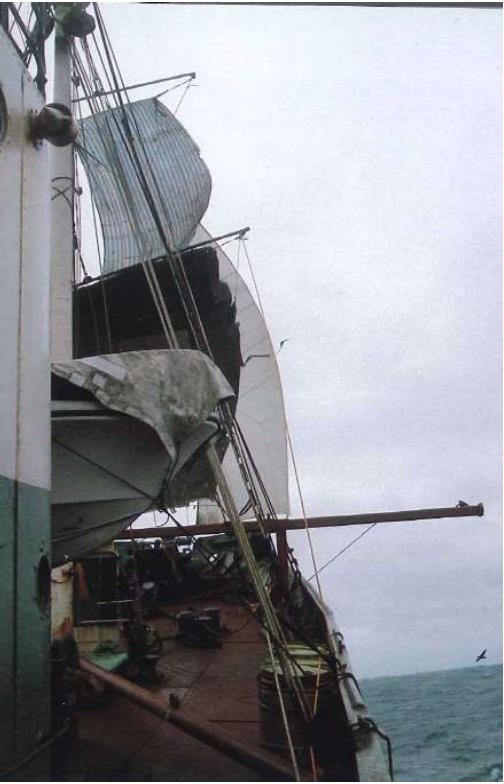 The Cheynes II under sail, returning from Heard Island (1983). 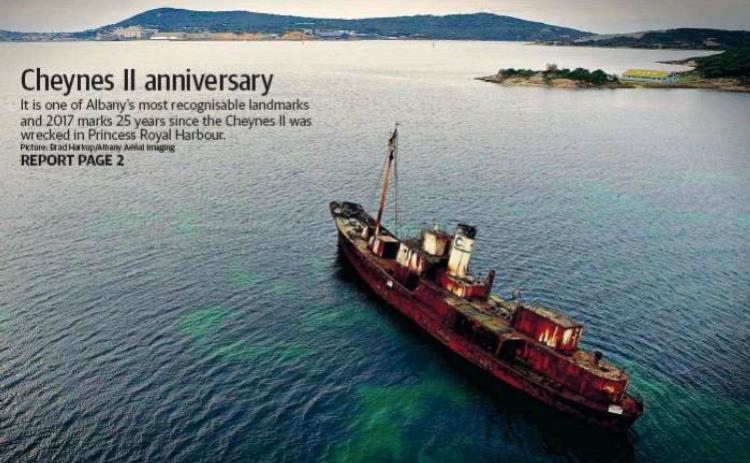 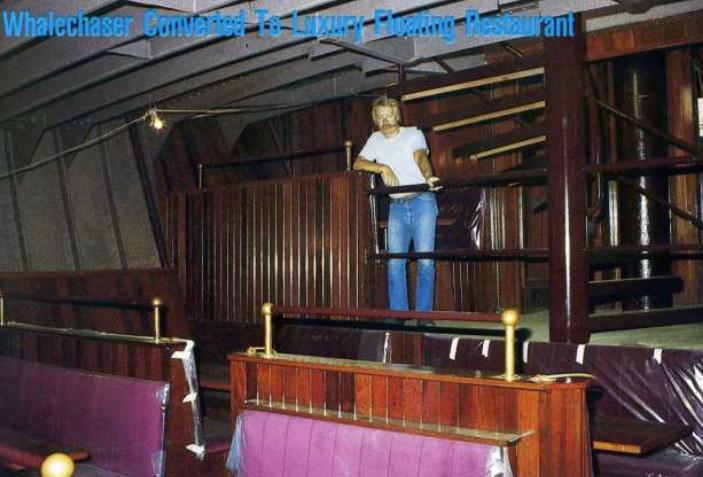 Inside the Cheynes II midway through being turned into a floating restaurant (1986).