Cause of loss: Blown ashore

Captain Francis Coffin in his ship Samuel Wright pioneered North American whaling off Western Australia’s coast. While anchored in Koombana Bay during the 1840 bay-whaling season, a ‘perfect hurricane’ blew the ship ashore. The entrepreneurial captain and his crew continued whaling using the ship’s boats, built a farm out of the ship’s timbers and rented the beached wreck out as a storehouse, making it one of Bunbury’s first buildings.

During the first official survey of Bunbury in 1841-42, Samuel Wright’s still-standing main mast was used as a trig point, making Bunbury the only town in Australia to have its town plan based on a shipwreck. Historical survey data provided an accurate position for the wreck, buried in reclaimed land beneath a car park. In 2011 and 2015 water probe surveys located a large wooden structure buried in this area, which an archaeological excavation in 2016 confirmed to be Samuel Wright.

A blessing in disguise?

In 1842 Captain Coffin sold his whaler’s farm and cottage to Church of England clergyman John Wollaston, and returned to America. Reverend Wollaston built a small timber chapel on the land making it the first Anglican church in the southwest, which is the second-oldest church still standing in Western Australia. 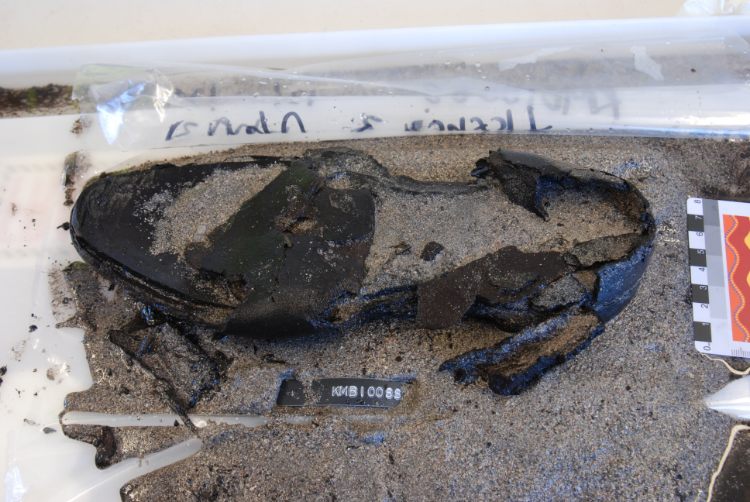 Artefacts and images associated with 2011 and 2016 excavations, historical imagery of Koombana Bay wrecks, maps and charts.