The Centaur: from imposing to wreckage 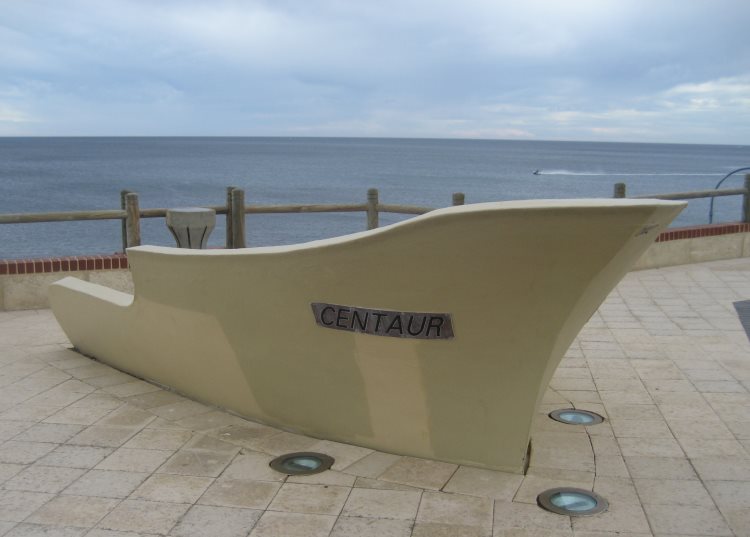 Cause of loss: Struck reef

The Centaur is an imposing creature from Greek mythology.

For the iron brig named the Centaur, it was anything but imposing as it became another victim for the dangerous jagged Western Australian coast.

While on a regular voyage from Geraldton to Melbourne via Fremantle, the ship hit reef approximately 2 kms, directly out from the Perth suburb now known as North Beach.  The vessel was laden with 200 tonnes of galena (lead ore).

The captain after trying to free the ship from the grip of the reef, soon realised the task was hopeless.  He gave the order to ‘abandon ship’ while she still stood upright.

All nine crew and four passengers on board scrambled to the lifeboats, landing safely on shore near the spot now known as Hamersley Pool.  The party then headed to the closest shelter which was the Hamersley Homestead situated close to Mount Flora.

The Ancient Egyptians used galena (lead ore) mixed with soot to make the eye defining cosmetic kohl, to create the almond eye look they became renowned for. In addition to its cosmetic use, kohl protected their eyes from the glare of the sun, and was said to deter flies.

Objects of interest (artefacts, images or other collection items) associated with the shipwreck story.
The Mount Flora Regional Museum has a small portion of galena salvaged from the wreck site.