The day the lifeboat didn’t come 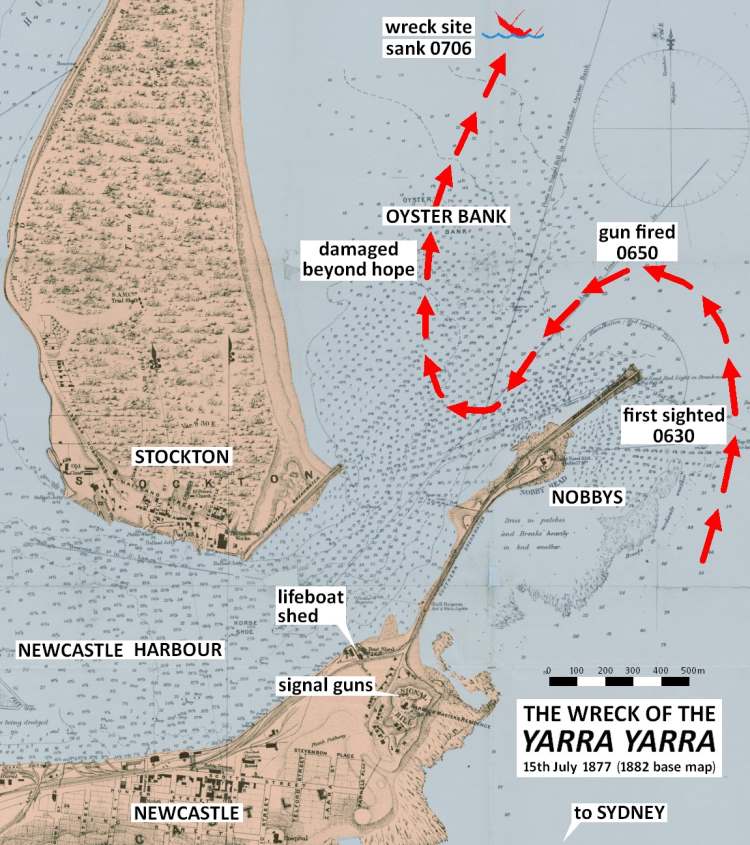 The entrance to Newcastle harbour was one of the most dangerous in the world. The Oyster Bank (a sand bank, despite its name) claimed dozens of ships.

Cause of loss: Foundered during a gale

Number of Casualties: 18 (all hands)

7am, Sunday 15th July 1877
A fierce gale was raging as the paddle steamer Yarra Yarra attempted to enter Newcastle harbour. Having departed Newcastle fully laden with coal the day before, she’d turned back to avoid the worsening storm. She hadn’t escaped and now, watched by anxious crowds on shore, she struggled to survive.

Newcastle’s lifeboat was first-class and the signal gun had already fired to summon its crew. The harbour’s water was calm but there was confusion about deployment procedures. It wasn’t clear who could authorise firing the second signal gun that would order the boat out. The lifeboat wasn’t launched.

Swamped by huge waves, the Yarra Yarra was driven north to the dreaded Oyster Bank and beyond. She sank rapidly and all hands were lost.

Newcastle was anguished, angry and ashamed that 18 men could die in sight of safety, seemingly without anyone lifting a finger to help.

Newcastle essentially had no lifeboat service until new arrangements were agreed 11 months later. The press was scathing. 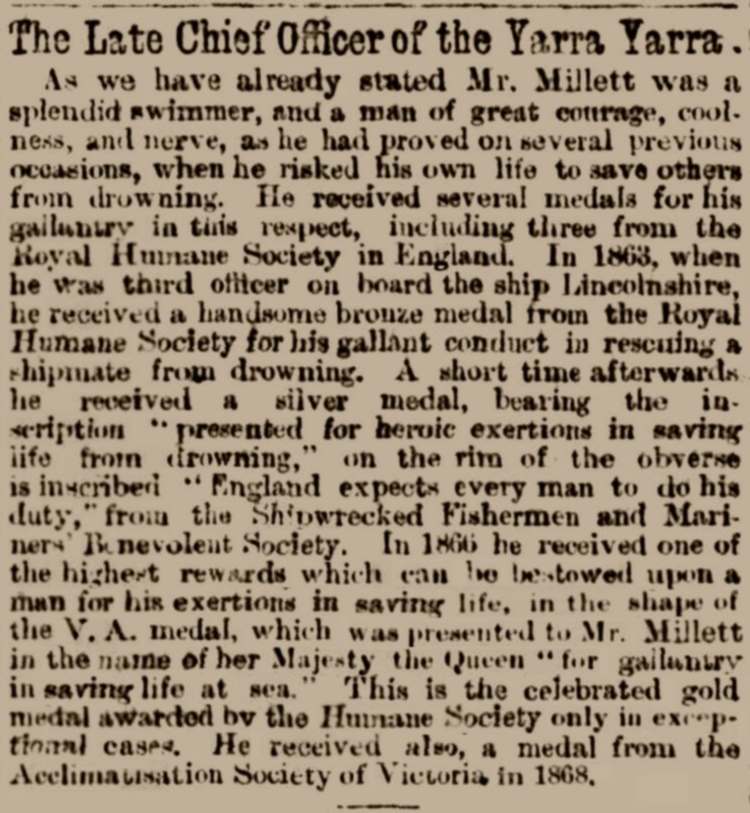 The wreck is a potential archaeological goldmine and has the earliest known marine steam engine in NSW (Archaeological Survey, 1989).