The Foam: One voyage too many 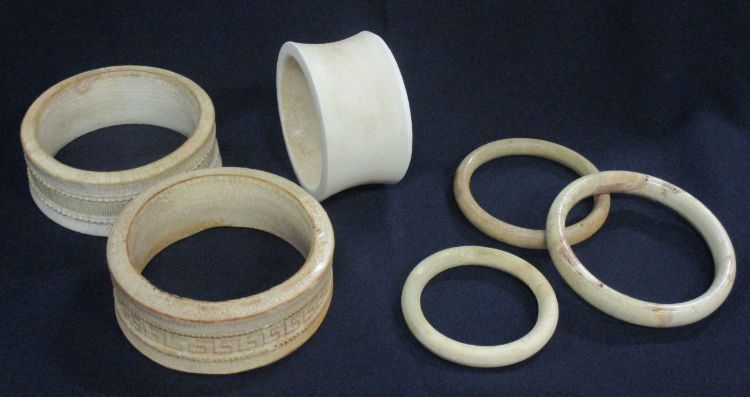 Ceramic armbands excavated from the site.  Image courtesy of the Queensland Museum.

Cause of loss: Wrecked on submerged reef

The labour trading vessel Foam was outward bound on a recruitment voyage to the South Sea Islands when it struck Myrmidon Reef.

It had departed the sugar wharf at Dungeness, Lucinda, fourteen hours earlier with 84 Solomon Islanders cramped inside. The Islanders were returning home having completed their three year period of indentured labour in the canefields.

Suddenly hard on the reef, far short of their destination and away from shipping channels, it was decided to row to Townsville, 125km to the south-east. The ship’s boats were readied and a raft constructed from cut-down spars. The plan was abandoned when the raft proved to be unseaworthy, forcing a return to the wreck. One boat was then despatched for help.

Two days later, the Christina Gollan arrived and transported everyone to Townsville. The Islanders had lost all their possessions and so undertook another term of indenture at the Ashburton sugar plantation near Mackay.

The Foam is the only known labour vessel to have been wrecked on the Great Barrier Reef during the course of its activities.

Among the artefacts excavated from the shipwreck were ceramic armbands manufactured in Austria and Germany. Armbands were traditionally made of shell and used by Islanders for trade, decoration and warfare. These copies may have been awarded to the Islanders as payment for work done or intended for negotiating the recruitment of more labourers. Intended and actual route (approximate) taken by the Foam. Deviation found to be caused through the presence of  strong, uncharted currents. Google maps with additional information. 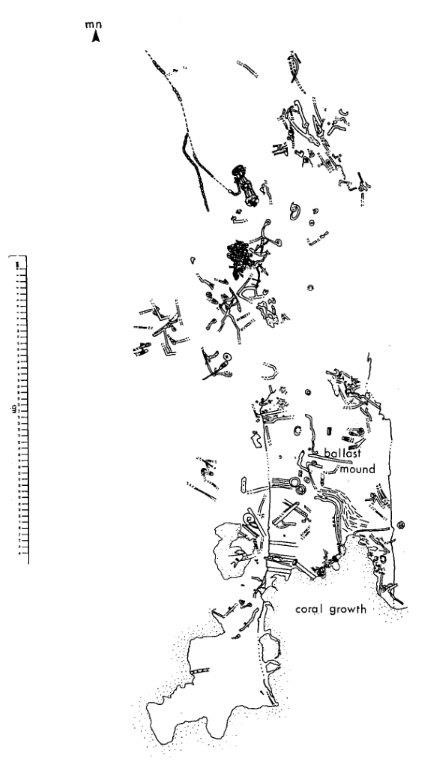 Outline of the vessel’s hull on the seafloor formed by concreted ballast stone, c1995. Image courtesy of the Queensland Museum. 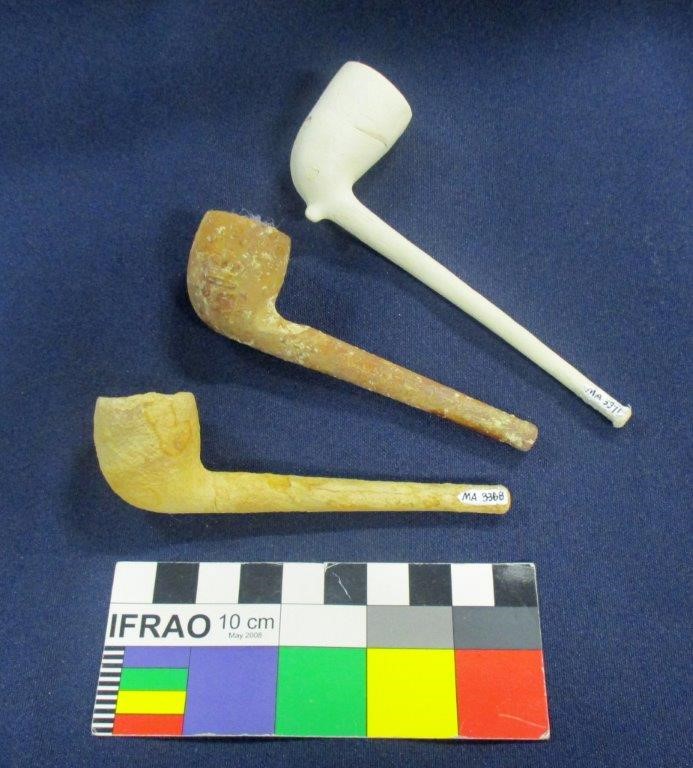 Clay pipes excavated from the site.  Image courtesy of the Queensland Museum.