The Legend of the Kameruka pigs

Cause of loss: Ran aground on rocks

On 16th October 1897 nearing midnight, disaster struck the SS Kameruka as she steamed towards Moruya Heads. On board were 31 passengers and 19 crew, livestock and dairy produce.

The weather was fine and clear but a bumpy sea was running. Then there was a fearful crash as the Kameruka ran aground on rocks off Pedro Point. Distress signals were picked up at the Moruya pilot station.

The Moruya Police soon arrived followed by hundreds of onlookers from all over the district. Efforts were made to establish communications with the shore by means of the ship’s mooring rope but no rockets were available. Someone on board got the idea of attaching a rope to one of the pigs in the hope that it would swim ashore. Eventually with the help of the pigs a rope was secured between ship and shore and tied around the large rock at Pedro Point.

The pig who saved the day

Although no one was sure that pigs could even swim a rope was tied to a pig on board in the hope it would swim ashore. Several ropes broke but eventually a pig with rope attached made it to land. A travelling cage was erected and passengers and crew were saved. And so began the many stories of the pig that saved the day. 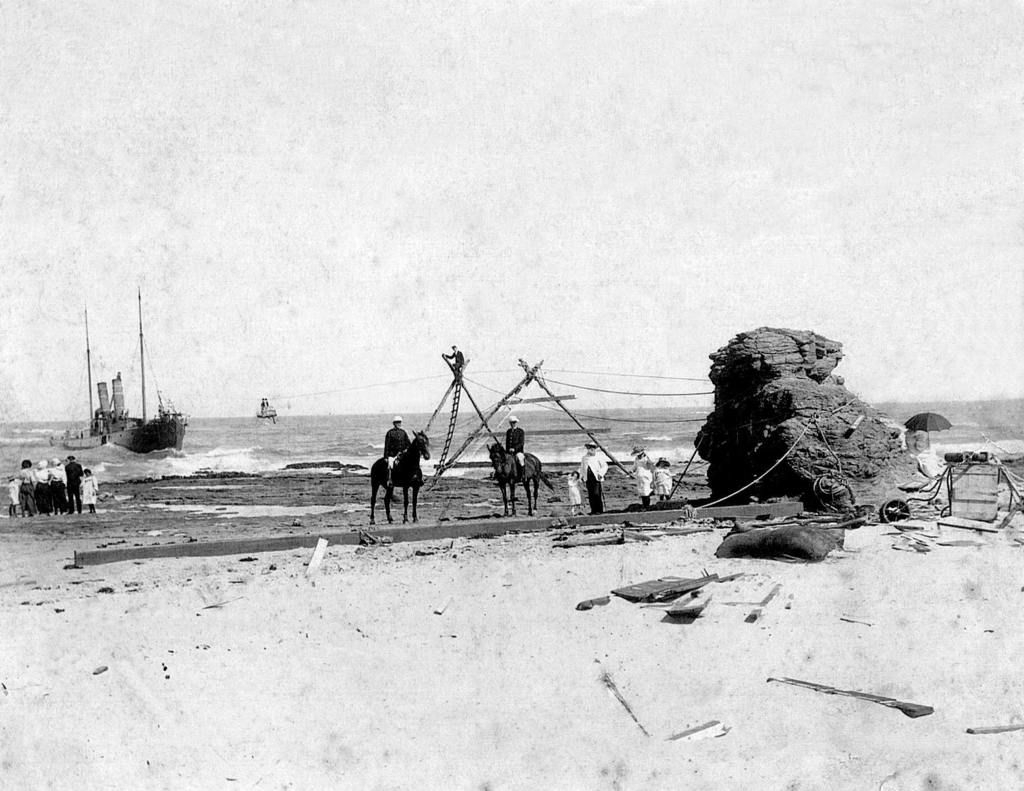