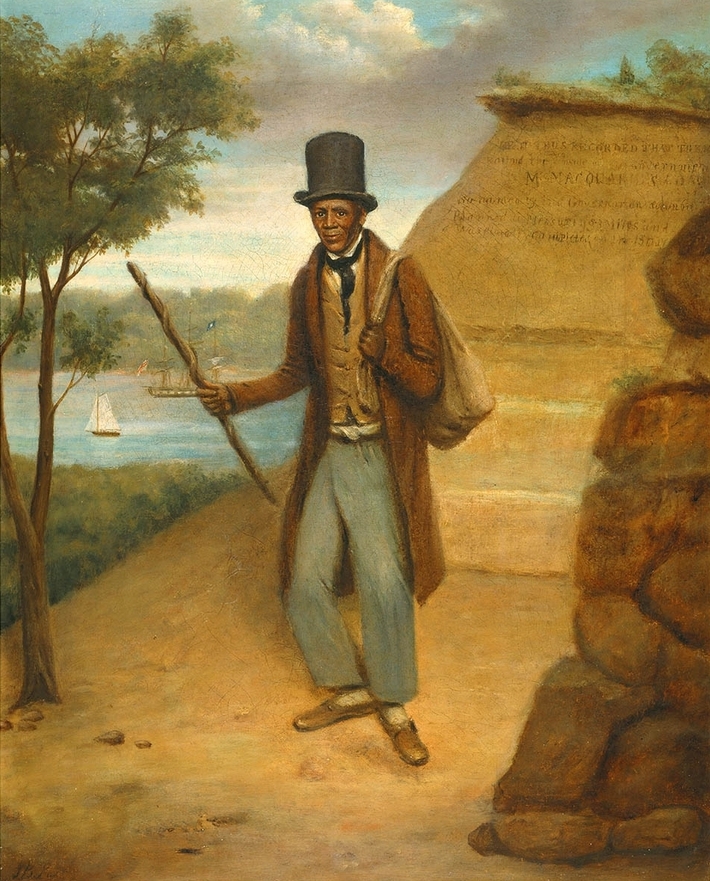 The convict Billy Blue arrived in Sydney in 1801 and quickly became a local identity in the small colony. Within a couple of years of his release this native American started a passenger transport business around Sydney Harbour. His waterman skills and jovial personality saw him become a favourite of Governor Macquarie who promoted him to Harbourmaster in 1811. Macquarie called him as the ‘Old Commodore’ and Billy’s small fleet offered the first regular ferry services around the harbour and up the Parramatta River to Government House.

Although Billy was arrested for using his vessels to smuggle rum and a wayward convict, in 1817 Macquarie granted him land at what is now known as Blues Point on the foreshore of Sydney Harbour.
On Billy’s death in 1834 Sydney paper papers ran lengthy obituary’s for the jaunty ferryman, recognising that at his passing “we may never look upon his like again”.

Billy Blue claimed to be a veteran of the American War of Independence and was a signatory on the petition to remove Governor William Bligh from office.

The Harbourmaster house at Circular Quay which Governor Macquarie let Billy Blue and his family live in, is pictured on the Sydney Punchbowl in the collection of State Library.