They swum us to land, took us up to their camp, tended our wounds, wrapped us in their blankets… 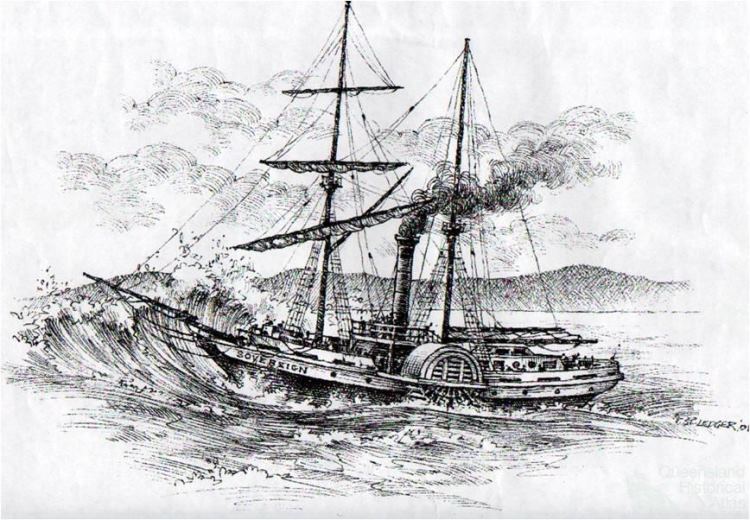 Cause of loss: Rough weather, engine malfunction and lack of knowledge of the South Passage Bar

In March 1847, the paddle steamer Sovereign was on her way to Sydney. Whilst trying to cross the South Passage Bar she ran aground.  The wool bales on the deck shifted. The recently salvaged and repaired engines shifted and failed. The stricken vessel broke apart on the large breaking waves of the bar.

Upon seeing the tragedy unfolding, six Moreton Bay (Quandamooka) Aboriginal men swum out to the stricken paddle steamer. They risked their lives and managed to rescue 10 people, including the captain. The pilot crew put to Brisbane to transport the survivors and convey the tragic news. The treacherous South Passage Bar continues to claim lives to this day.

Upon regaining consciousness, one survivor found himself and others hanging upside down from trees. At first he panicked, but then realised it was done by the quick thinking rescuers to drain water from their lungs. In recognition of their bravery, these Quandamooka men were given engraved brass plates and a gift of a boat, by the grateful Colonial Government. 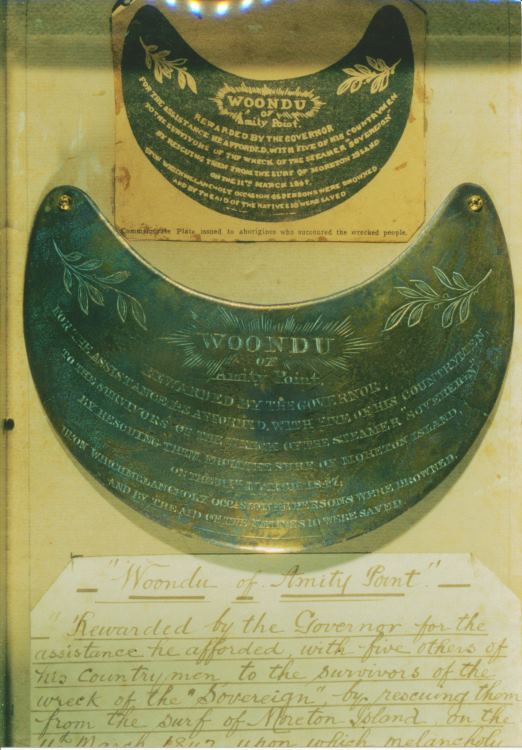 The Queensland Museum has the original remaining breast plates.