Whiskey, dynamite and an island broken in two! The Cambus Wallace 1894. Photo courtesy the State Library of Queensland.

Suggested title: Whiskey, dynamite and an island broken in two!

Stradbroke Island was originally one long island stretching from Amity Point to Southport. A shipwreck and a cargo of explosives resulted in the island splitting into two in 1898. Four years earlier, howling winds and heavy seas had driven the Cambus Wallace ashore onto a narrow isthmus near Jumpinpin.

Wild seas broke upon the hull, and tons of cargo were washed ashore. Help was found at the Currigee Oyster Camp. Oyster men, Aboriginal and white, were soon at the wreck and sent for help from Brisbane. The oystermen found the ship’s cargo of whiskey and rum and quickly buried it. The rest of the cargo, mainly unstable wet explosives, was piled up and detonated.

For some time after the wreck, hotels at nearby Southport experienced a severe downturn in trade. This has been attributed to the fact that so many of their customers now had their own – illicit - supplies of whiskey and rum. 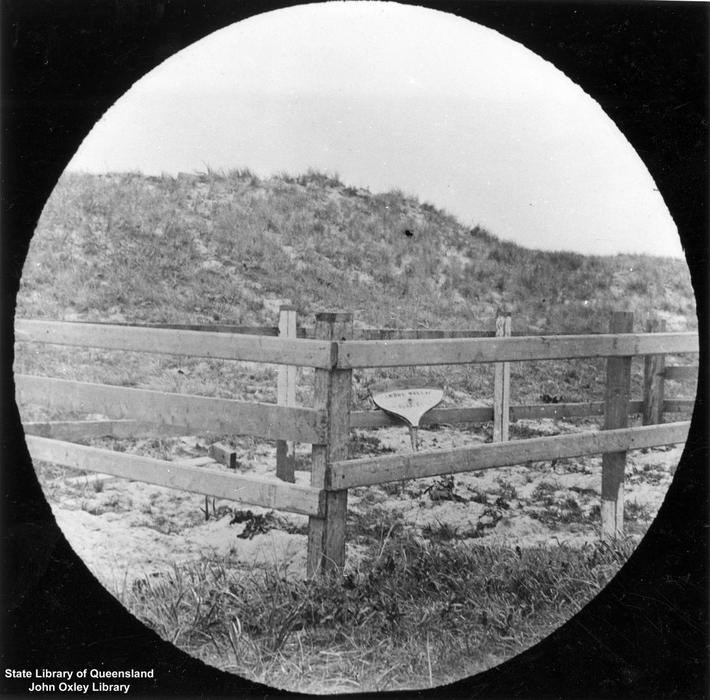 Memorial at Jumpinpin, Stradbroke Island to the five sailors who drowned when the Cambus Wallace was wrecked in 1894. The graves were washed away when the sea broke through in 1898. Photo Courtesy State Library of Queensland 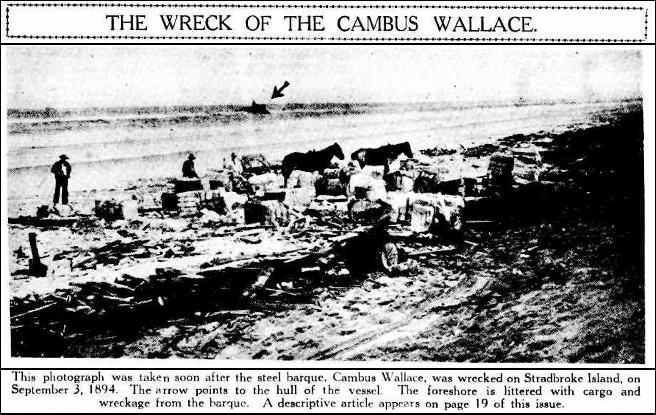 Photograph of strewn wreckage after the wreck of the Cambus Wallace.

Please briefly note any objects (artefacts, images or other collection items) associated with the story
We have a large model of the Cambus Wallace. We have old rum bottles.