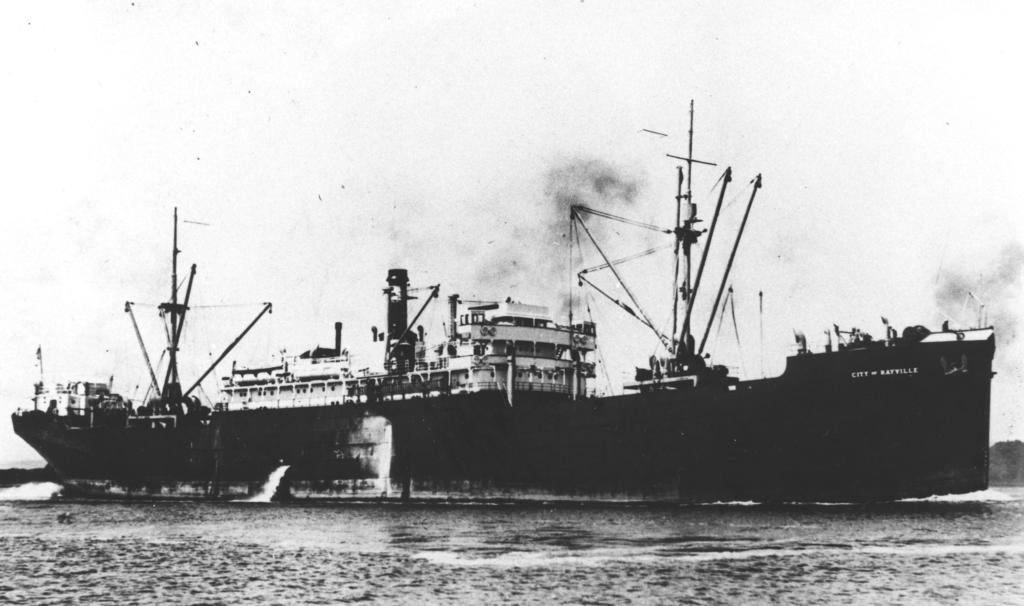 Cause of loss: Struck a German mine

In late October 1940 the German ship Passat laid 40 mines in the narrow, busy sea lane between Cape Otway and King Island. The City of Rayville with a cargo of lead from Port Pirie entered Bass Strait heading for Melbourne, then New York.  At 7.47pm on November 8th the City of Rayville hit one of the mines.

The radio operator sent out an SOS with the ship’s position and lifeboats were launched. The heavily laden ship was to sink within 40 minutes. Thirty-seven crew were able to depart the ship, one went to his locker to retrieve his belongings only to lose his life.

The lighthouse keeper at Cape Otway raised the alarm and fishermen from Apollo Bay set out to attempt a rescue.  In darkness and battling strong north-easterly winds and choppy seas the first lifeboat was sighted at 10.20pm.  All crew and rescuers returned safely to Apollo Bay.

The loss of the City of Rayville was America’s first casualty of World War 2, although the USA did not enter the war until over a year later after Pearl Harbour was bombed by the Japanese in 1941.