Wreck of the SS Admella Nationality: Built at the Port of Glasgow, 1857, in service March 1858, Australia

Cause of loss: Wrecked on a submerged reef off the coast of Carpenter Rocks, S.A.

Number of Casualties: 89 casualties including 75 adults and 14 children. (24 survivors)

The SS Admella was a passenger steamship named after her trading route - Adelaide, Melbourne and Launceston. In the early hours of August 6th 1859 she struck a submerged reef off Cape Banks near Carpenter Rocks, SA. In less than 15 minutes the Admella broke into three parts.

Survivors clung to the wreck for over a week. Two crew made it to shore on a raft and raised the alarm at Cape Northumberland lighthouse 13 nautical miles away. Many people took days to die as they glimpsed the land from the sea and watched as rescue attempts in the Corio (from Adelaide) and Ladybird (from Portland) failed.

A full week after the wreck the Portland lifeboat was towed to the scene and after several attempts rescued the remaining survivors who were then brought to Portland to recover. Of the 113 on board 89 perished including 14 children. 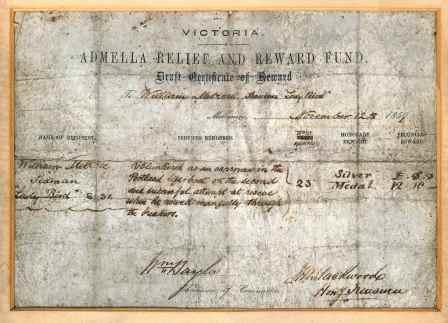 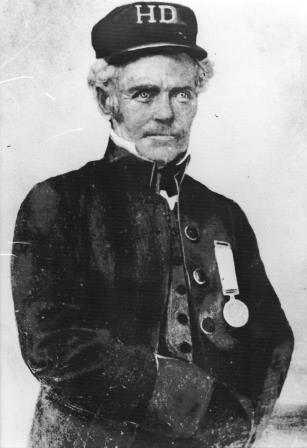 The Survivors and Rescuers