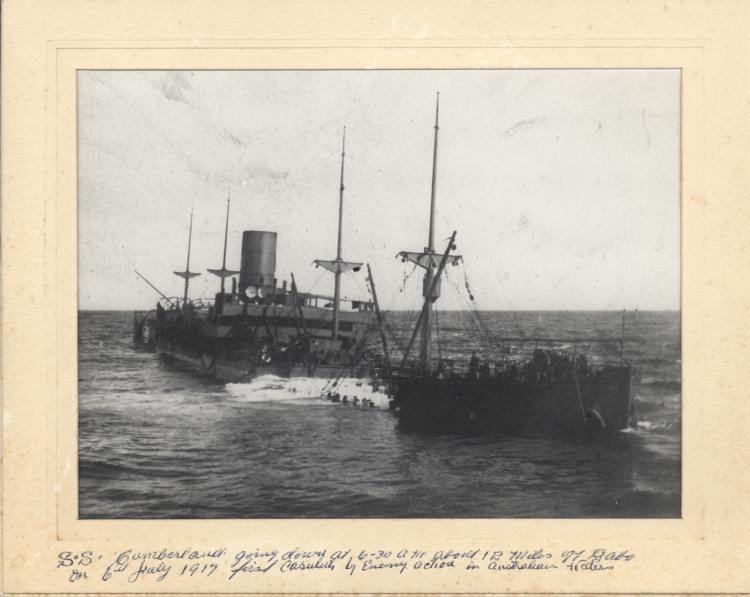 Cause of loss: Sea mine strike (WWI) laid by German raider, Wolff

While Australians were fighting far from home during the First World War, the German raider, Wolff, was laying sea mines closer to home. On 6 July 1917, the international freighter, Cumberland, became the first war time casualty in Australian waters.

Bound for the UK, she was carrying Red Cross parcels, mail and copper and lead ingots when she struck the sea mine a few miles off Gabo Island. With a 9 metre gaping hole, the Cumberland was beached at Gabo Island to attempt salvage. Japanese light Cruiser, Chikuma, assisted her in unloading supplies, providing medical attention and conducted an underwater survey of her damage.  Findings suggested an internal explosion. Were saboteurs present on home soil?

After five weeks of makeshift repairs, the Cumberland began the tow back to the nearest port of Eden.  In rough weather, the patches failed and the crew once again abandoned ship. Salvage was completed 1951- 1953.

The sea mine incident was of such concern it was raised in parliament by Prime Minister, Billy Hughes. 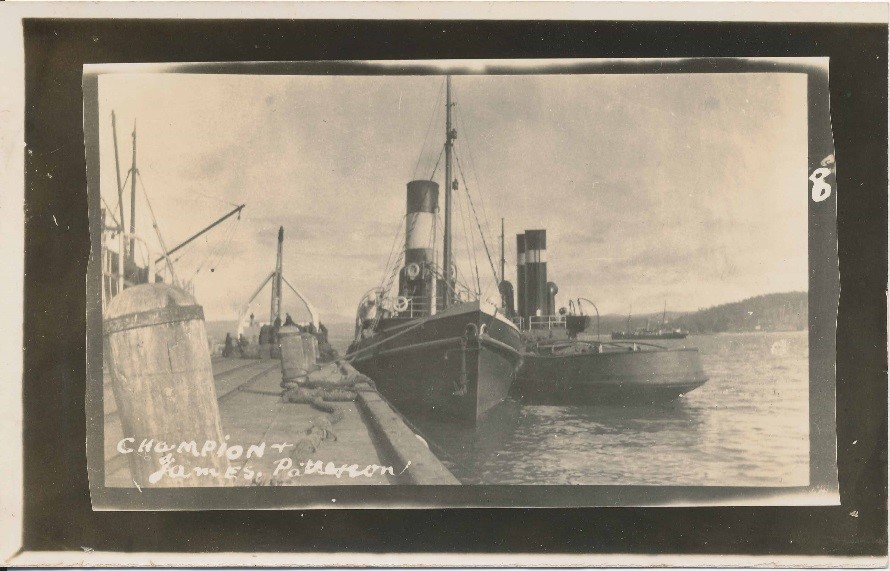 Tugs, Champion and James Paterson take shelter at Eden having to abandon the tow of the Cumberland, 1917. Eden Killer Whale Museum Collection 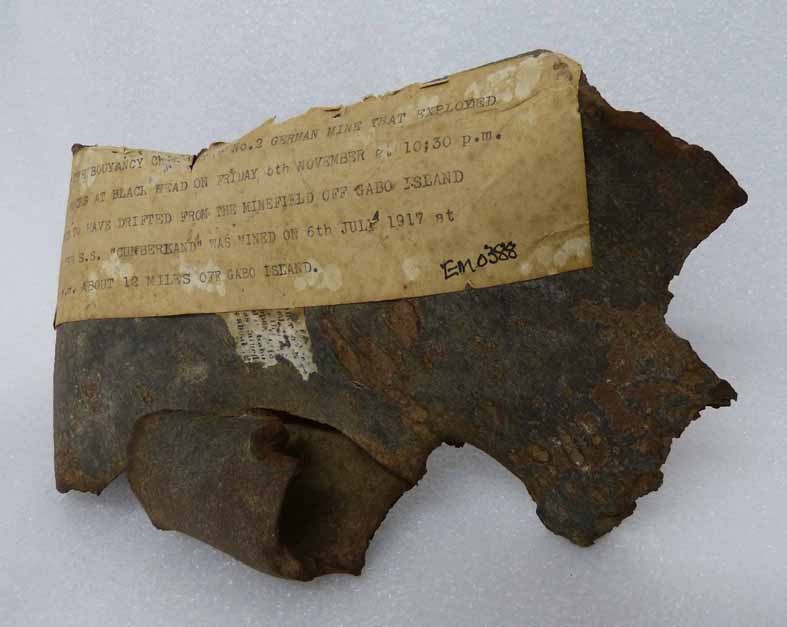 Fragments believed to have been from the German sea mine that sunk  the Cumberland in 1917.  Eden Killer Whale Museum Collection.