‘Taking to the road'

A ‘hands-on’ Workshop helping to create

the next round of AMMC/ANMM travelling exhibitions

Come join us for the next AMMC Regional Workshop hosted by the Maritime Museum of Tasmania on Thursday 9th and Friday 10th February 2023.  (We recommend arriving in Hobart on Wednesday 8th.)

The Workshop coincides with the start of the 2023 Australian Wooden Boat Festival.

The theme of the Workshop is centred on exploring new techniques while building the next AMMC travelling exhibition.  The Workshop will feature plenty of delegate interaction, participation, and learning with experienced and interesting Workshop leaders.

The Workshop begins on the morning of Thursday 9th February and runs through until lunchtime on Friday 10th. It will include our traditional 'National Wrap' with reports from maritime museums around Australia.

The Workshop will conclude in time for delegates to view the Parade of Sail to mark the start of the Wooden Boat Festival.

The venue for the Workshop is at the CCAMLR headquarters at 181 Macquarie Street, Hobart.

The Workshop delegate fee of $40 covers the cost of the event and pre-session morning coffee, morning and afternoon teas and lunch on Thursday and morning tea on Friday.

The Workshop will begin with registration, coffee and conversation from 08:45 on Thursday 9th February, followed by the first Workshop session at 09:30.

Late Thursday afternoon, delegates will move to the Maritime Museum of Tasmania for a reception hosted by the Museum at which owners of boats recently added to the Australian Register of Historic Vessels (ARHV) will receive their certificates and ARHV pennants.

The ARHV reception will be followed by an informal dinner on Thursday evening for those wishing to participate, at own cost.

We look forward to your participation and another successful AMMC Regional Workshop.

To be awarded for a non-fiction book treating any aspect of maritime history relating to or affecting Australia, written or co-authored by an Australian citizen or permanent resident, and published between 1 January 2021 and 31 December 2022. The book should be published in Australia, although titles written by Australian authors but published overseas may be considered at the discretion of the judges.

The prize is open to Australian authors or co-authors of a book-length monograph or compilation of their own works.

Fictional works, edited collections of essays by multiple contributors, second editions and translations of another writer’s work are not eligible.

This will be the 12th joint prize for a maritime history book awarded by the two organisations.

To be awarded to a regional or local museum or historical society for a publication (book, booklet, educational resource kit, DVD, film or other print or digital media, including websites, databases and oral histories) relating to an aspect of maritime history of that region or community, and published between 1 January 2021 and 31 December 2022.

Publications by state-run organisations, physical exhibitions and periodicals such as journals are not eligible.

This will be the sixth joint prize for a community history work awarded by the two organisations.

Both prizes reflect the wish of the two sponsoring organisations to promote a broad view of maritime history that demonstrates how the sea and maritime influences have been more central to the shaping of Australia, its people and its culture than has commonly been believed.

To find out more details and how to nominate visit this information page.

The AMMC are saddened to farewell long serving AMMC Board Member, and occasional Treasurer, Rob Bowring OAM, who passed away on Saturday 27 February 2021 after a long battle with cancer.

Rob was much admired and greatly respected, not least for the energy, humour, and good company he brought to the AMMC Board, and as an attendee and significant contributor at AMMC meetings, conferences, workshops, and associated activities, over a period in excess of 10 years.

Despite his illness, he continued to make a significant contributions of his time and energy to the preservation of maritime and river heritage as the Chair of the Mannum Dock Museum of River History, a member of the AMMC Board, and a member of the Australian Register for Historic Vessels (ARHV) Council.

That 22 boats gathered at Goolwa, SA, for a sail past on Sunday 28 February 2021 to pay tribute to Rob, is a clear indication of the esteem in which he was held by his fellow river men and women. At the conclusion of Rob’s funeral, on Friday 05 March 2021, at Mannum, a sail past also occurred in Rob’s honour.

As the Chairman of the Mannum Dock Museum's Board, and as a hands on volunteer, he was the leader and an integral part of the workforce, that led to the transformation of the Museum.  It is now has more than 25,000 visitors per year and is nationally recognised as the museum that best tells the story of the maritime history of the Murray and Darling rivers and of the paddle steamers that traded and travelled the lengths of both river systems.

He was also the driving force in the restoration, to a fully operational condition, of the paddle steamer Marion, and  then ensuring that this historic vessel remained in survey, and operating, for the benefit, of the visitors to Mannum, and, ultimately, for the Nation. 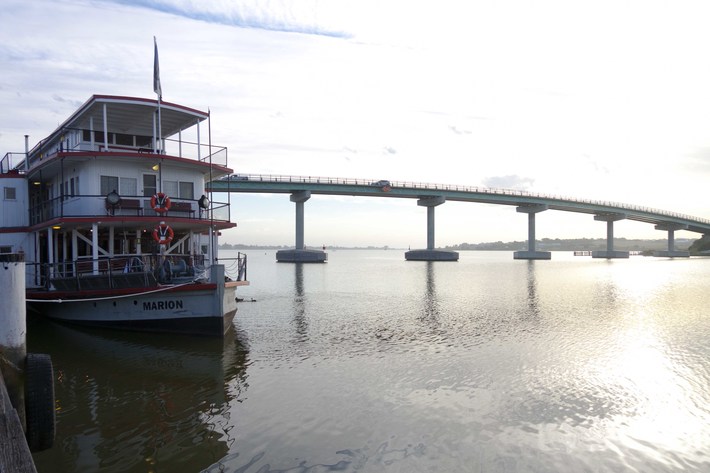 When speaking with Rob it was clear that his passion and enthusiasm for the river, its people and boats, came from a deep understanding of the river as the fundamental heart and soul of the communities along it, giving the river people a unique identity.

The AMMC Board are very proud and grateful to have had Rob’s involvement and support for so many years. We celebrate the fact that Rob took great deal of pride in the community that he worked so hard and tirelessly for and believe his work and inspiration will endure long into the future. 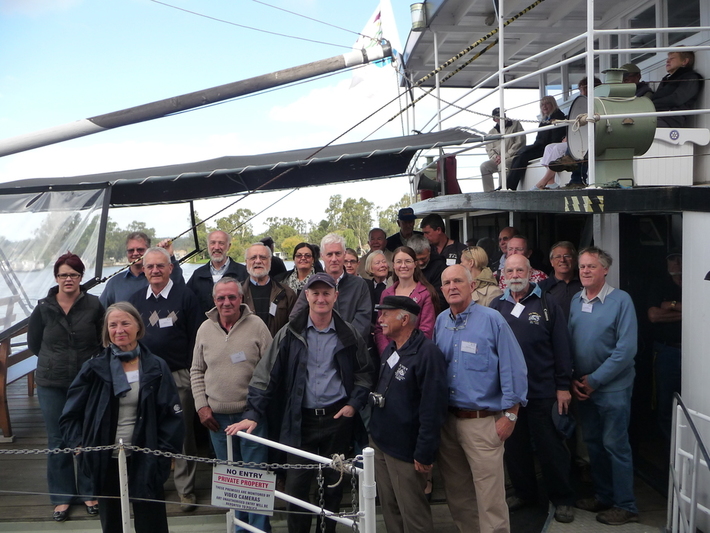 As Deb Alexander, the Mannum Dock Museum Executive Officer, said; 'His endless and tireless devotion and passion to maritime history did not waiver until his last days. Our Nation has lost a great river man who worked for the past 30 years to preserve and promote inland water heritage vessels across Australia'.

Our sincere condolences, and thoughts, are for Rob’s family and all those who knew him.

The Australian National Maritime Museum's Volunteer's Quarterly Magazine 'All Hands' September 2022 issue is out now. Click here to read it…

Normally preparing for Australian Wooden Boat Festival this weekend,(Cancelled,Covid),Instead a Sail Past of app 100 wooden boats for the Hobart Regatta on Sunday 7/2/2021,Should be rather spectacular for those on the shore!,Starting John Garrow light at 12 Noon

A new exhibition at the Jervis Bay Maritime Museum in Huskisson, recounts the stories of the people, events and places in the history of Jervis Bay and…

The WA Maritime Museum has a number of items on display, including ship's telegraph, life buoy, steam whistle, navigation lamp and 3 auxillary engines, but curiously, none of the precious…

Thank you to everyone who participated in the Submerged: stories of Australia’s shipwrecks project. The Submerged Digital Archive is hosted by the AMMC website.

An exceptional number of AMMC Members (n=51) read and voted on the stories. A joint AMMC/ANMM Review Panel used these results with the criteria for evaluation to select the final stories for the display. There were so many excellent stories, we had to add an additional banner! We would now like to announce the final 14 stories for Submerged:

Thank you to the AMMC Membership for your support in making this project such a success. Submerged: stories of Australia’s shipwrecks will tour nationwide from 2018-2020. There are still a number of ways to participate in Submerged, so please register your interest as a host venue via our Bookings tab.

AMMC MEMBERSHIP is currently FREE* due to the generosity of the Australian National Maritime Museum’s outreach program.

Joining is simple: Click on the ‘sign up’ button at the top right corner of this page and complete the information requested. READ MORE

LET US KNOW WHAT YOU ARE DOING

Have a look at the activities that keep our members busy.
If you want to let us know what you are doing, you can create your own blog.